That salt in your veins – celebrating Aotea / Great Barrier

The Outboard Boating Club in Hobson Bay is proving that marinas and boat clubs can make a big difference to their environment. 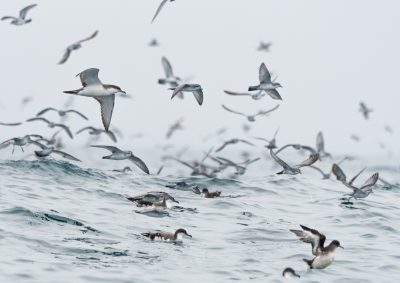 “Seabirds are masters of the ocean realm. From tiny storm petrels to great albatrosses, from petrels, shearwaters and gannets to shags and penguins, the sea is where they spend most of their lives – feeding, journeying, resting, socialising. But they remain tied to the land because they have to come ashore to breed. And here, they exert a powerful influence. They’re what biologists call keystone species – they dominate ecosystems, shaping them and linking earth and sea.”

These lines celebrate the seabirds of the Hauraki Gulf and were penned by author and broadcaster Alison Balance from RNZ’s Our Changing World.

Her words open a special video presentation commissioned for the upcoming Across All Realms – Sea, Land & Air seminar about the Gulf’s seabirds.

Northern NZ Seabird Trust, along with the NZ Maritime Museum and Foundation North, is hosting the two-day event in central Auckland this weekend on December 1-2.

If you are involved in restoring islands or mainland sites here in the North, are interested in learning more about these very special creatures, their research and conservation – the Across All Realms – Sea, Land & Air seminar is for you.

For the full programme and to book go to: https://www.nzseabirdtrust.com/seabird-seminar 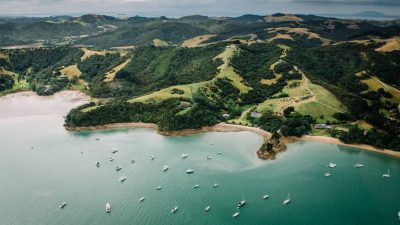 Waiheke Island is already possum free, and now plans are underway to see the island become rat and stoat free by 2025.  If successful, this could make Waiheke Island the world’s first predator-free urban island. This is no small undertaking for an Island that has a permanent population of about 9000 residents and over a million visitors annually.

Auckland Council, Predator Free 2050 and Foundation North have jointly provided $10.9 million to cover a five to a seven-year programme on the island called Te Korowai Waiheke: Towards Predator Free Waiheke.

To find out more and get involved visit https://www.predatorfreewaiheke.org.nz/

Restoring the health of the Hauraki Gulf is the aim of the Sea Change – Tai Timu Tai Pari plan. It addresses issues such as marine protection, fisheries, habitat restoration, and opportunities for regional economic development.

Proposals in the plan have been developed over four years by a Stakeholder Working Group with representatives from mana whenua, recreational and commercial fishing, farming, aquaculture, infrastructure, and environmentalists.  The new Ministerial Advisory Group is due to be formed in early 2019. 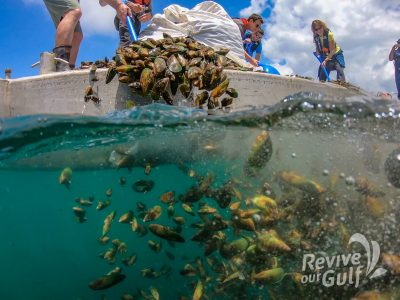 Mussel beds installed in Mahurangi Harbour (Waihē) late 2017 are having a major upgrade this month from the Mussel Reef Restoration Trust (Revive our Gulf). Three 10 tonne mussel beds will be added to extend the previous five. 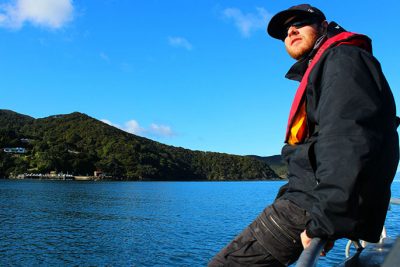 Citizen science – observations from the public – can be very helpful to the study of dolphins.

That’s one of the focus points in Blair Outhwaite’s thesis called ‘The Ecology of the Bottlenose dolphins in the Hauraki Gulf’, which he completed last month.

Members of Facebook groups, for example, put up photos of whale sightings, providing him with useful information about their movements. Read more about his research here. 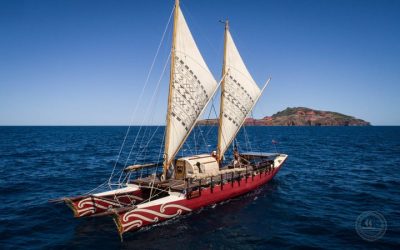 Young people from around the Pacific have been learning the art of traditional ocean navigation and understanding how Kupe and his people first travelled to Aotearoa.  Powered only by the wind, a double-hulled voyaging waka, the Haunui and its crew recently had an extended journey from Norfolk Island back to Aotearoa, with bad weather causing major delays.

Listen to RNZ’s Checkpoint article about the waka here.

The new Guardians of the Gulf website has been created to engage and inspire more Kiwis to take action to improve the Hauraki Gulf through a reward system. A new programme aims to create a community of Hauraki Gulf contributors, using rewards to incentivise and benefit campaigners, the public and local businesses.

You can also read more about the programme here. 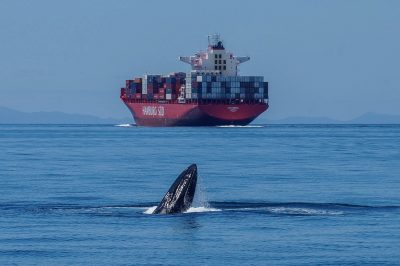 The impact of noise

Many marine animals rely on making sound and listening for sound queues as a matter of survival.  Research recently published in the journal Global Change Biology showed that noise created by passing ships reduced the space that Bryde’s whales can communicate in by up to 87 per cent. Whilst shipping is central to our economy and delivery of goods and services, the noise generated by human activity in and on the water has a negative effect on our marine life.

You can also hear Biologist and Soundscape Ecologist Dr Craig Radford from the University of Auckland discuss this topic in more detail at this year’s Hauraki Gulf Marine Park Seminar. 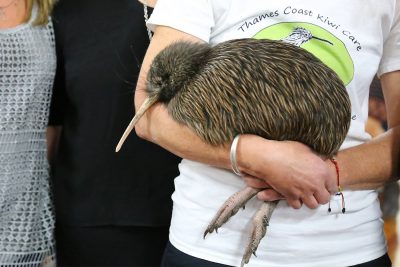 In late October, a 23-day-old Coromandel brown kiwi known as “Waipahu” was released onto Motutapu Island. The first chick released for this season, Waipahu is the 62nd kiwi released to the pest free island. 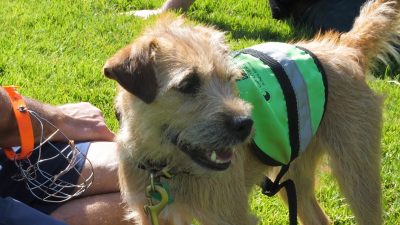 When her training is complete, one-year-old Rosie will be working on wharves and ferries around Auckland to detect any rodents coming to and from the islands.  The jagdterrier (German hunting dog) crossed with a border terrier is training to hunt rats and mice that make their way to pest-free islands in the Hauraki Gulf. 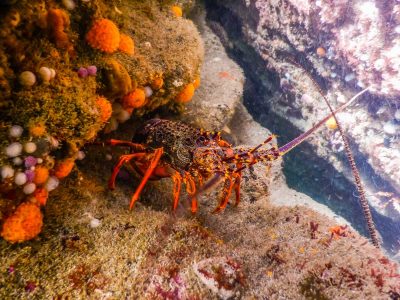 How to arrest crayfish decline?

Fisheries New Zealand is proposing a reduction in the number of rock lobsters recreational fishers can take per day from six to three. This proposal forms part of an earlier direction from the Minister of Fisheries to significantly reduce the total allowable catch for the CRA2 fishery, impacting both recreational and commercial fishing. This action is expected to double current rock lobster population in CRA2 in about 4 to 8 years

The consultation closes 19 December 2018 and any rules changes will come into effect by mid-2019.

At the same time, Auckland University scientists are calling for an expansion of the Cape Rodney-Okakari Point (Goat Island) Marine Reserve, to stop crayfish numbers dwindling to an all-time low. Scientists say that 40 years of conservation efforts have been wiped out by intensive fishing on the marine reserve boundary. 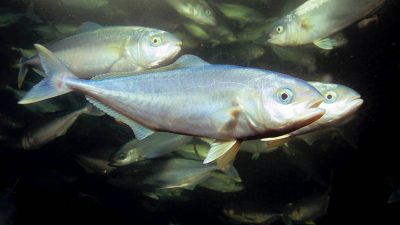 The Waikato Regional Council recently granted Pare Hauraki Kaimoana authorisation to apply for the consents to occupy 240 hectares of fish-farming space in the Coromandel Marine Farming Zone.  Located about 10 kilometres offshore from Coromandel Town, in the Firth of Thames, if successful, this would be the North Island’s first offshore fish farm and would farm kingfish.

The authorisation means the company has two years to prepare and submit an application for the necessary resource consents. 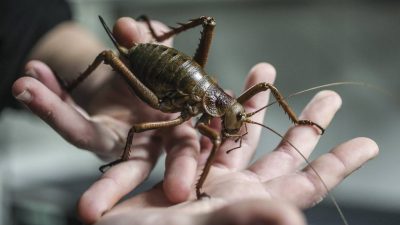 Back where they belong

From the age of dinosaurs up until the mid-1800s, wētāpunga lived between Waiheke Island and the Far North’s Paihia. But by the early 1900s, habitat destruction and predation from exotic pests saw to their demise. Auckland Zoo has been extremely successful at breeding wētāpunga and is safeguarding the giant insects’ future. So far about 4,300 of the zoo’s wētāpunga have been set free on Hauraki Gulf islands.