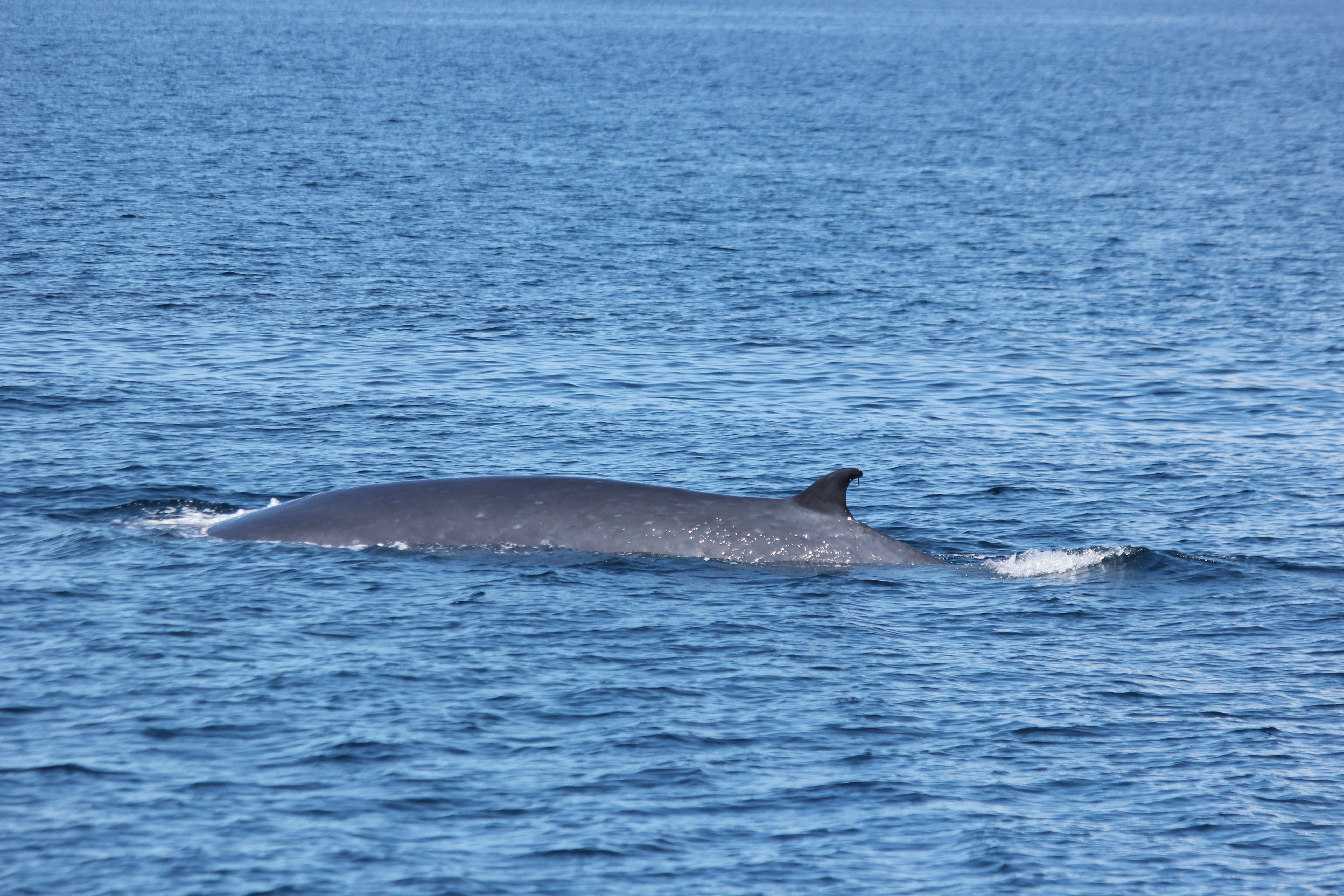 Understanding how our smallest actions impact the largest residents

A contingent of marine researchers are surveying the Hauraki Gulf Marine Park / Tīkapa Moana / Te Moananui-ō-Toi both above and below water to better understand how the largest animals of the Marine Park use the area and how they are affected by our everyday actions.

There is a growing list of human-induced stressors that are being placed upon the Marine Park ranging from sedimentation and chemical pollution to fisheries and vessel interactions.

The Hauraki Gulf Cetacean Research Fund, administered by the Department of Conservation and funded by the two marine mammal viewing permitted operators (Auckland Whale & Dolphin Safari and Dolphin Planet) seeks to understand how another human activity, tourism, impacts our large and charismatic friends. As a valuable tool to connect people with the natural environment, it is important to understand what cumulative impact tourism may actually have on the marine environment in order to get the balance right.

One of the successful recipients from the latest round in 2019 was Associate Professors Rochelle Constantine and Craig Radford from The University of Auckland. They have launched an exciting project known as ‘The Pulse of the Gulf’ where a part of this research will be looking into the effect of vessels on whale and dolphin feeding behaviours including during multi-species feeding aggregations, more commonly known as ‘work ups’. Work ups are a cumulation of a variety of species from the marine mammals, to small schooling fish, predator fish (including sharks) and a range of seabirds. They are a well-known sight in the Marine Park as they are not only the tourist operators favourite thing to spot but also recreational fishers.

The team of researchers will be using an impressive suite of technology to capture the data including underwater cameras, radar, drones and boat-based cameras. They are even looking into the use of Artificial Intelligence (AI) to recognize sea life from images.

Another recipient of the grant is Dr Matt Pine who is leading acoustics research being conducted by The University of Auckland, University of Victoria and Styles Group Under Water Acoustics. If you head out on the water, it’s more than likely your vessel has been picked up on by a network of hydrophones that are stationed around the Gulf. These hydrophones are providing insight into the potential impact of tourism operations (and other vessels) on the wellbeing of cetaceans.

Whilst acoustic projects have generally detected a trend of increasing ocean noise around the world, Pine’s hydrophones provided a unique insight into the decline in ocean noise (of approximately 70%!) when New Zealand entered COVID-19 Level 4 lockdown. Of course, this was an abnormal year for us all but this has provided an understanding of the sounds of the ocean in the near absence of man-made noise. Pine’s research along with discoveries made by Putland has shown vessel noise can reduce the communication space for marine life, for Bryde’s whales there is an astounding reduction of up to 87.4%.

Along with field research, a paper reviewing research into cetacean tourism has recently been published. The authors, who include Dr Karen Stockin of the Cetacean Ecology Research Group (Massey University) and Dr Rochelle Constantine of the Marine Mammal Ecology Group (University of Auckland), reviewed 30 years of research from several areas of New Zealand that are known marine mammal viewing hot spots including the Hauraki Gulf Marine Park. It is clear from this review that tourism can have negative effects on cetaceans but there have not been enough studies into the impacts on the marine mammal populations here in the Marine Park, such as the resident Bryde’s whales and common dolphins.

In addition to the research of tourism impacts on cetaceans, there are teams of marine mammal scientists surveying the Marine Park. In its far reaches, towards the boundary and beyond into Northland, the ‘Far Out Ocean Research Collective’ are surveying deeper waters for signs of marine megafauna. For Founder Jochen Zaeschmar, a series of serendipitous encounters with false killer whales many years ago has resulted in him achieving a Masters thesis and putting together a team of motivated scientists to work together onboard his research vessel. The Far Out team have expanded their research to include pilot whales, oceanic bottlenose dolphins and seabirds – species that have been seen in the Marine Park from time to time and could therefore also be impacted by tourism activities here. By exploring previously unstudied waters, they will be collecting valuable data and this summer alone have had several surprising encounters with uncommon species like striped dolphins, sperm whales and beaked whales.

It is clear that there is still plenty left to discover about the largest inhabitants that call the Marine Park home and the man-made stressors that are placed upon them. We look forward to hearing more about the current research as it unfolds and seeing how it helps with the protection efforts of the Hauraki Gulf Marine Park.