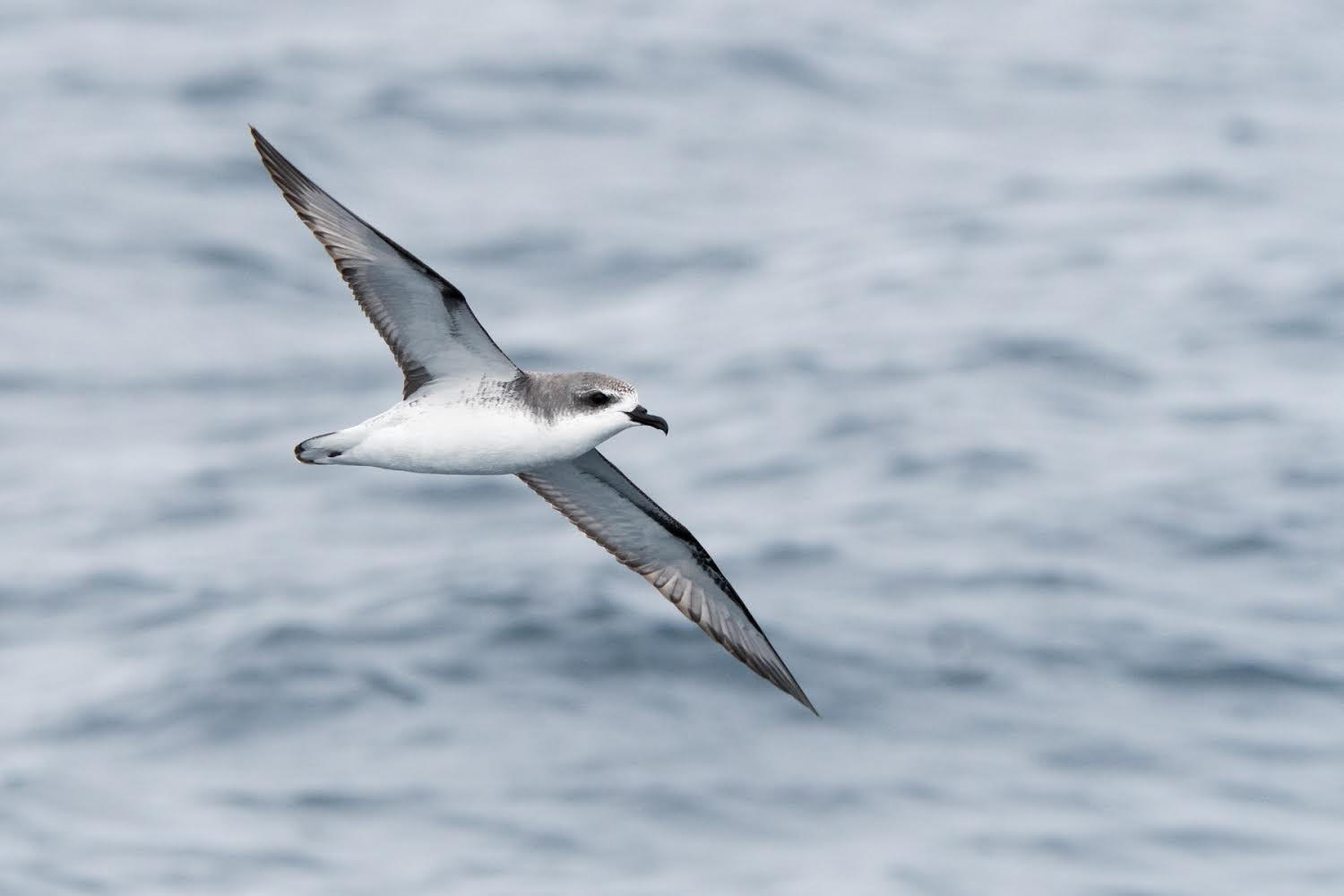 Is it a gull? Is it a gannet? Is it a mollymawk? Lately, these questions have been popping up on many of our Facebook Newsfeeds as seabirds have started turning up in the most peculiar places – urban streets, suburban back yards and even at the base of the Sky Tower!

The birds in question are the endemic Cook’s Petrel/titi. Once found breeding around the country, due to the pressure of mammalian predators, they are now confined to breeding on a handful of islands – Codfish Island/Whenua Hou to the west of Stewart Island, Great Barrier Island/Aotea, the main breeding population at Little Barrier/Hauturu and, discovered this year, 1 adult and an egg on Ōtata, Noises Islands.

Animals use an array of techniques to help themselves to navigate including relying on the stars and the moon in the night sky. Some, such as hatchling sea turtles, become disorientated by artificial lights ultimately confusing them for the bright lights of the night sky.

The nocturnal Cook’s Petrel is no different. From March onwards, at the end of the Cook’s petrel breeding season, chicks fledge with no prior knowledge of where to fly and how to migrate to the wintering grounds of the North Pacific Ocean. Without their flight mapped out, the distraction of Auckland’s city lights causes them to veer off and crash land. Scientists have noticed that this happens more on misty, rainy nights.

Scientists and bird rescue groups have also seen a noticeable increase in these juveniles crash landing (also known as ‘chick fall out’) over the years. Whilst increasing numbers of sightings of these birds may seem concerning, this is the byproduct of conservation work specifically, the eradication of the Pacific rat/kiore on Hauturu/Little Barrier Island in 2004. Since then there has been a leap in the Cook’s petrel chick fledging success rate on the island from 5% to around 60-70% and an increase in the overall population to the estimated 1.5 – 2 million birds today – a real pest-eradication success story right here in the Hauraki Gulf Marine Park / Tīkapa Moana / Te Moananui-ō-Toi!

How to identify them:

If you find a stranded Cook’s Petrel…

They are nocturnal seabirds and cannot take off easily from the ground so, birds need to be released at night from a clifftop or other high place. To ensure they are fit to be released, the best thing to do is to place the bird in a box (with air holes) and take it to the New Zealand Bird Rescue Charitable Trust. You won’t need to feed or water it.

With thanks to Matt Rayner (Curator of Land Vertebrates – Auckland Museum) for his insight and knowledge into the Cook’s Petrel.

Most people would likely think of an engineer as someone designing, building and maintaining machines or structures but there are other species, besides humans, who also have the job of being an engineer. These animals are known as ecosystem engineers and they have large impacts on their surroundings either positively through creating and maintaining habitats or negatively through modifying or destroying habitats.

The beaver is probably one of the most well-known ecosystem engineers, cutting down trees to dam streams and in turn altering the entire ecosystem by affecting the distribution and abundance of other species.

Here in the Hauraki Gulf Marine Park / Tīkapa Moana / Te Moananui-ō-Toi, there are many different animals beavering away as engineers, two of which are modifying the environment through their poo!

The resident Bryde’s whales / tohorā, along with other visiting whale species, feed at varying depths of the water column but they almost always excrete right near the water surface. This poo is full of iron and nitrogen which fertilizes the ocean and results in stimulating plankton growth. This is beneficial not only for the marine food chain but, as phytoplankton (plant plankton) removes carbon from the atmosphere and produces between 50-80% of the planet’s oxygen, it is also beneficial for those of us on land. This role of whales in fertilising the oceans is a relatively new scientific discovery and has been termed the “whale pump”.

For migrant species, like the humpback whale, their large scale movements means that this spreading of nutrients occurs over thousands of kilometres. For the resident Bryde’s whales, whose movements are not yet completely understood (but are known to be relatively local), this fertilizing of the ocean likely occurs in a more concentrated area.

Whilst an animal living in the sea being an engineer of the sea might be quite obvious, there are other species that don’t live in the ocean that are also contributing to positive changes in the ecosystem. These species belong to the seabirds.

Although reliant on the oceans for their diet, seabirds breed on land and it is here that they begin their roles as engineers. By digging underground burrows they aerate the soil and along with the increase in nutrients from guano, this stimulates plant growth.

The guano also runs into the sea during periods of rain or high swells and fertilizes the sea around it. In fact, new research by Rankin and Jones conducted at the Marine Park’s Mercury islands, found that islands that had never had predator invasion (and thus seabirds had an uninterrupted presence on the island) had the highest macroalgal diversity compared to islands that had incurred pests that were subsequently eradicated. They also found that the nitrogen content of algae was higher during the rainy season and decreased with depth and wave exposure thus supporting the notion that the nutrient-rich guano ran off into the surrounding oceans.

These ecosystem engineers are great examples of how the land, the sea and the air are all connected and do not function in isolation. Along with keystone species, they are playing a vital role to sustain the Marine Park ecosystem.