More evidence has emerged to support stricter coastal management, this time focusing on pollution and overfishing in the picturesque tourist waters off Auckland in New Zealand.

A study of common dolphins (Delphinus delphis) in the Hauraki Gulf connects their diet with the prevalence of commercial fishing and water quality – emphasising the need to carefully manage marine parks and surrounding environments to prevent overfishing and extensive nutrient runoff. 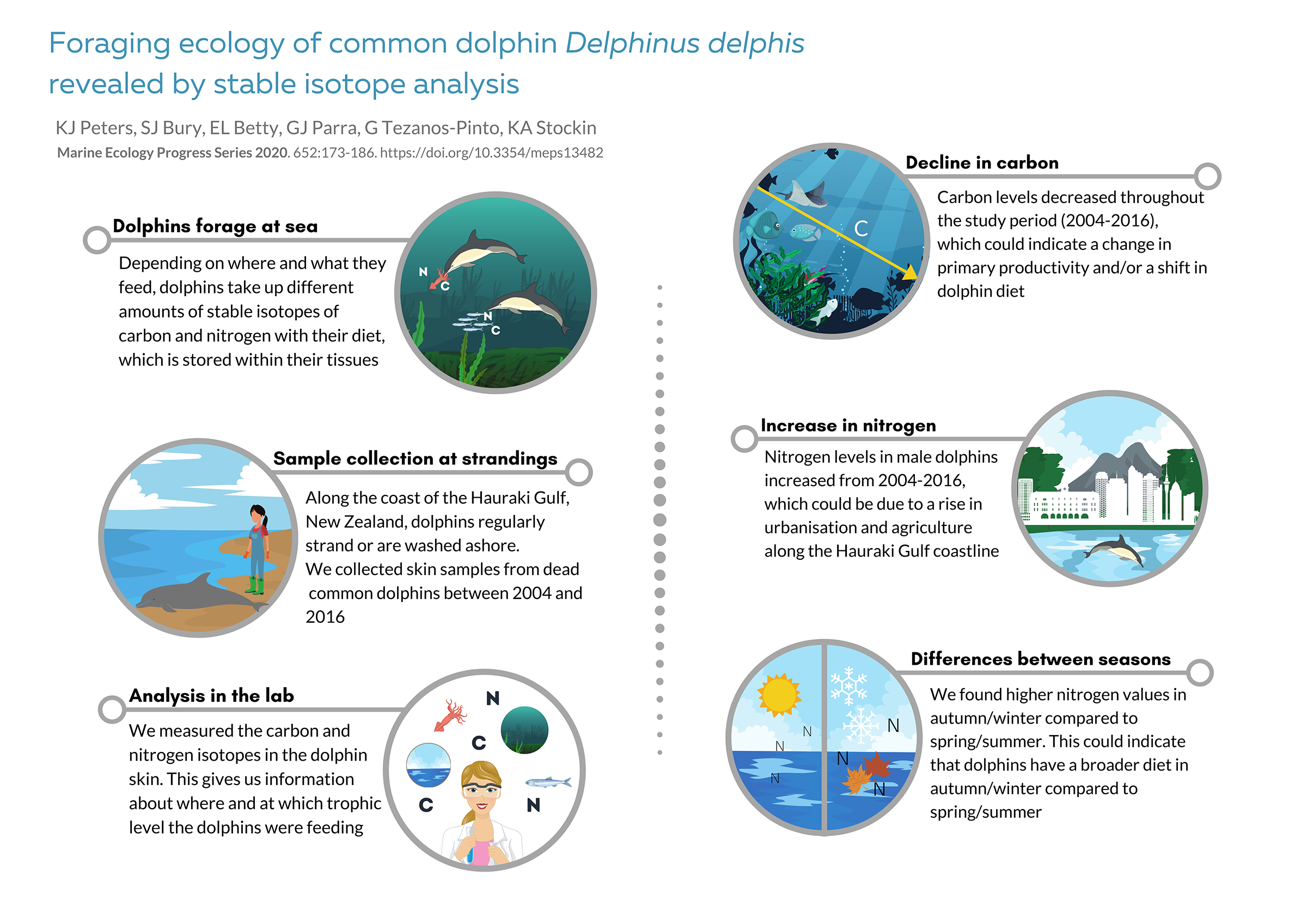 Conducted over 13 years, the study published in Marine Ecology Progress examined seasonal variations in feeding habits based on stable isotopes of carbon and nitrogen in skin samples collected from 56 dolphins that had stranded along the coastline of the gulf. 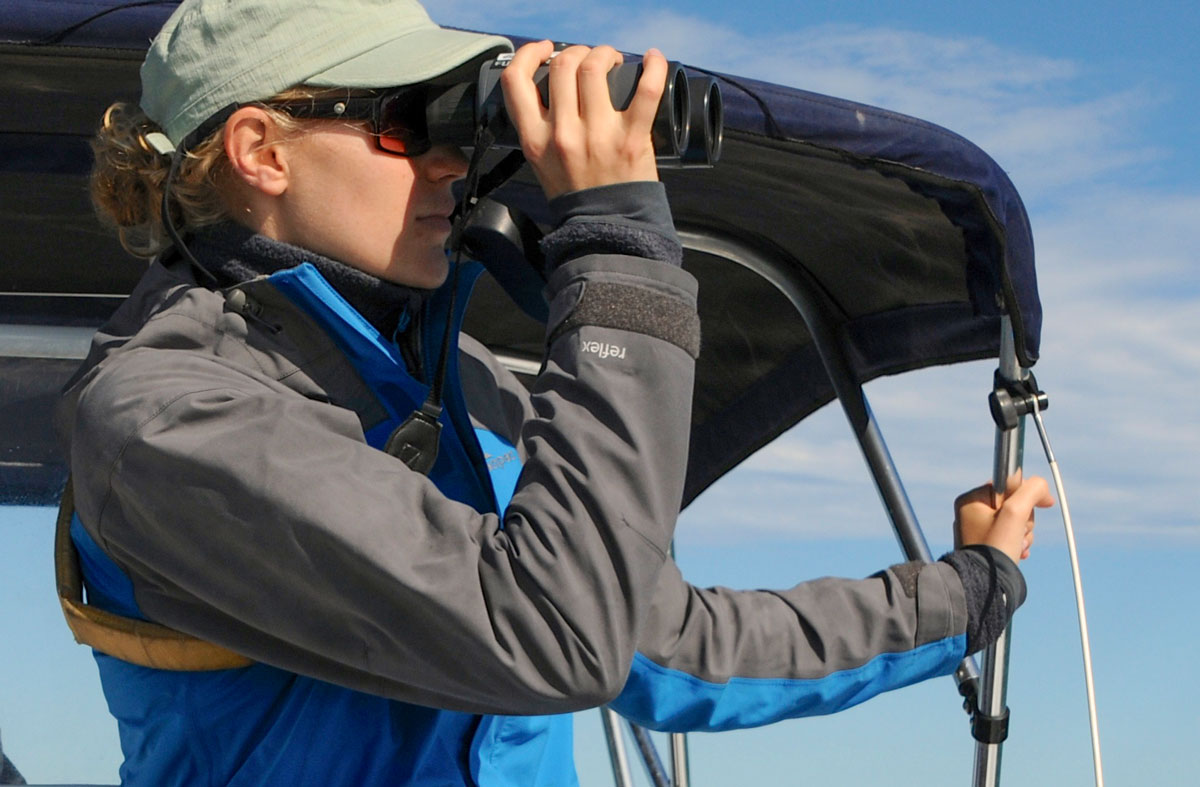 “We found their carbon values declined during the study period (2004-2016), which could be linked to a decrease in primary productivity in the gulf over time, or a change in dolphin prey selection, or both,” says lead author Dr Katharina J. Peters, a postgraduate researcher of CERG at Massey University and adjunct member of the CEBEL at Flinders University. 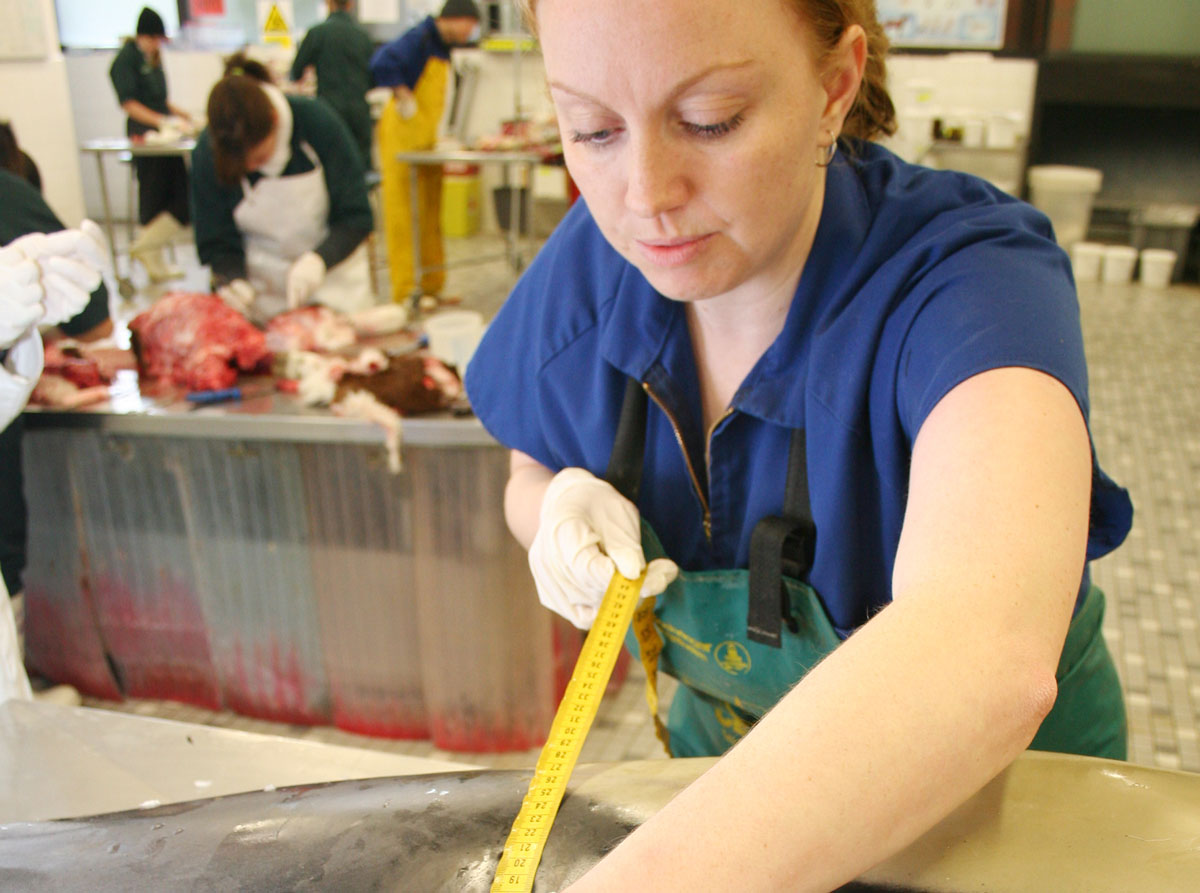 Senior author and CERG research leader, Massey University Associate Professor Karen Stockin, says depletion of prey stock via commercial fishing could be just one of several reasons to cause dolphins to change their diet by shifting their target prey.

Dr Stockin further indicated that shifts in prey distribution as a consequence of climatic change may also be at play and confirmed this warranted further investigation.

The Hauraki Gulf has been in the focus of much research over the past two decades, with a sobering report being released by Auckland Council earlier this year, showing the dire state of this important ecosystem. Among increased commercial fishing, the document reports high nutrient loads and heavy metal contamination in some parts of the gulf.

“We observed increased nitrogen values over the study period, which could be linked to increased urbanisation of the coastal areas, with high levels of terrestrial nitrogen from for example agriculture being washed into the sea.”

Researchers also recorded some differences between male and female isotopic values. A change in nitrogen values at a body length of ~160 cm was detected, which may reflect the transition in diet of calves from mother’s milk to fish after being weaned.

“They also seem to have a slightly broader diet in autumn-winder compared to spring-summer,” Dr Stockin says, “this could reflect that the types of available prey in the gulf change throughout the seasons”.

Dolphins are important predators in marine ecosystems and research on their foraging behavior is critical to manage ecosystems in future, say researchers.

The new Hauraki Gulf data provide an important baseline to detect future changes in the trophic ecology of D. delphis in a coastal ecosystem that is a key habitat for this species in New Zealand, researchers say.

2022 – The warmest year ever recorded in the Hauraki Gulf

Proposed marine protection plans; an opportunity to ‘have your say’

WWII History concealed in the depths of the Hauraki Gulf