Karl Warr’s Kiwi ingenuity is helping both the environment and his business. The small commercial fisherman has fitted a cage to his traditional fishing net which allows under-sized fish to swim out various sized windows.

The solid structure allows Warr to place different shaped screens along the side of the cage so he can filter his catch. He no longer needs to haul the net in, sort through, and throw back small fish that can’t be used.

It means more than 90 per cent of his catch is usable – maximising his efficiency.

Warr has experienced up to 60 per cent of his catch in a traditional net being undersized fish which are often pinched, scratched or killed in the process. When injured fish do escape, their chances of survival are slim, Warr said.

There is enough room for the fish to swim inside the cage without being bumped and battered about. Undersized fish that swim out are less likely to be damaged while Warr’s catch is in a better condition, allowing him to sell a higher quality product.

His premium catch has opened up the option of exporting and selling live fish.

Warr recently sent a catch to a group of buyers in Singapore through an independent exporter. “They pack it and organise the air freight for me,” Warr says.

“There’s huge demand. It just depends if it stacks up for you.” Warr also sells to outlets around the North Island, sends fish up to the Auckland market and sells to a private customer base.

This, too, is a relatively new venture as he has moved away from primarily supplying factories.

Customers can phone, text or email an order. Warr’s wife Sarah will let them know when the boat is back and after the fish is processed she’ll deliver it to the doorstep.

“In the past we have made up to $250,000 turnover only to end up with less than minimum wages for our efforts. Now we catch around a third of the volume but make a better living.”

Word of mouth has established a firm customer base but with just the pair of them working, they realise there is a limit to how much they can deliver. 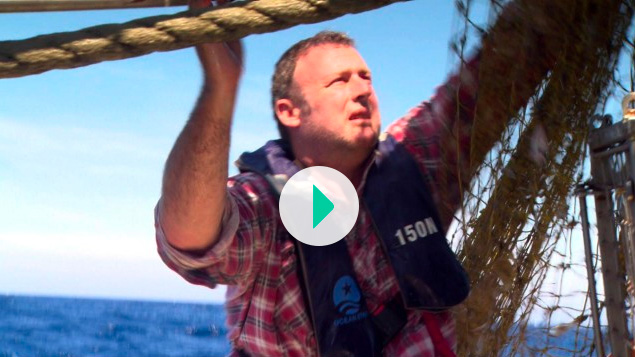 Watch the Warrs on Country Calendar

Warr had been a recreational fisher all his life. When he injured his back he decided to have a go doing what he loved full-time.

In 1999 the plan was for Warr to catch snapper on his bottom-liner in Tauranga and supply a fish and chip shop which his wife would run in their hometown of Taupo.

However, they soon learnt that their “mum and dad customers” were more likely to buy tarakihi rather than premium snapper.

An advertisement selling a trawler caught his eye and when he travelled to Napier to take a look he realised it was a boat he had worked on when he had left school, years before.

He was impressed at the local catch of gurnard, trevally and mackerel.

“I thought that’s what I’m trying to achieve and it’s already here doing it. I stayed exploring that and never left.”

He could now reliably catch fish that would sell.

Initially, Warr would fish in Napier and send the fish back to Taupo but the volume of the catch, the shop prices and logistics of it all soon made it uneconomical.

So they downsized, sold the shop and the house in Taupo and moved to Napier where Warr focused on fishing for factories.

Again it was anything but smooth sailing. Warr was not catching enough for the prices the factories were paying.

He was catching two tonnes compared to the 10 tonnes being brought in by the bigger fishers in the region.

“You’ve got to be doing something special to balance it up.” It has been a rough ride in an industry that is essentially “tapped out”.

“We’ve made personal sacrifices . . . in the hope that there is a future if we can connect the right dots together.”

Have your say. Submissions close on 17 March ... more