Taking on a troublesome tributary

Where are our spotted shags?

A new report by the Parliamentary Commissioner for the Environment says New Zealand’s native birds are in a desperate situation.

A third were found to be  in danger of becoming extinct.

“Ninety-three of our bird species are found in no other country”, said Dr Wright. “We must look after them. Our birds need help not only in national parks, but on farms, along rivers and coasts, and in cities. This is a battle for all New Zealanders.” 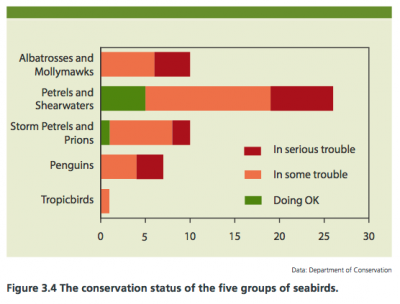 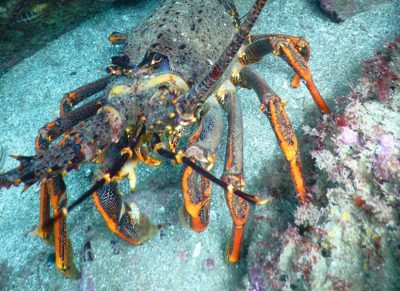 The Ministry for Primary Industries says it is aware of concerns over the availability of crayfish (rock lobster) in the Hauraki Gulf and has brought a scientific review of the fishery forward from 2018 to later this year.

MPI will also initiate an engagement process to characterise problems and potential solutions for management of the fishery. This will inform catch limit settings from April 2018 and other management controls. As an interim measure the CRA2 industry has voluntarily cut its commercial catch by a quarter from 200 to 150 tonnes. 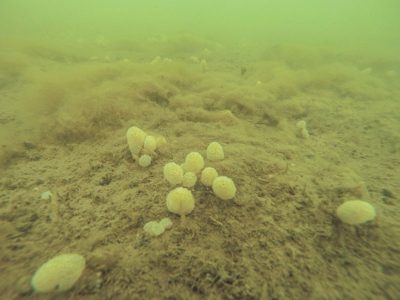 Marine pests appear to be spreading in the Hauraki Gulf. Auckland Council has reported detection of a population of Eudistoma elongatum (Australian droplet tunicate) at Waiheke Island, previously known within Auckland at Mahurangi Harbour and Sandspit. Sabella spallanzanii (Mediterranean fanworm) has been detected at Great Barrier Island, with localised populations at Port Fitzroy and on the hull of a boat at Tryphena harbour.

A Waikato Regional Council survey in 2016 found Sabella within Coromandel harbour and its presence at high densities. The new survey is underway to check 150 random points in and the harbour and remove any organisms found.

Councils are working together with the Ministry of Primary Industries in a Top of the North Marine Biosecurity Partnership and will assess the new information and its implications for future management activities. 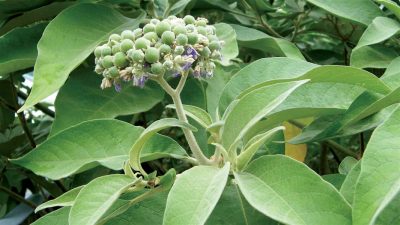 The fourth round of the Department of Conservation’s multi-million-dollar fund to support community conservation projects has opened for applications.

The fund had supported over 300 different projects to date, with around $4.15 million to be allocated this year.
“The DOC Community Fund encourages everyday New Zealanders to take ownership and lend a hand to important projects that matter to their communities,” Conservation Minister Maggie Barry says. 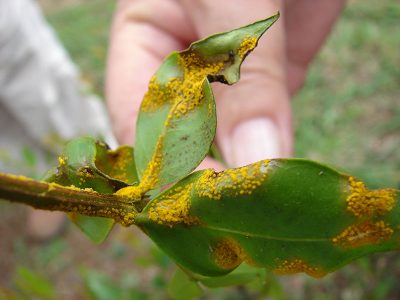 Ministry for Primary Industries (MPI) and DOC are working together to address the threat of fungal plant disease myrtle rust.
Myrtle rust has been found in Kerikeri in Northland and Waitara in Taranaki. It is also widespread on Raoul Island in the Kermadec group, about 1,100km north-east of NZ.

This pest could have serious impacts on a wide range of plants in the myrtle family, including pohutukawa, kanuka, manuka and rata, as well as commercially-grown species such as eucalyptus, guava and feijoa.

Anyone believing they have seen myrtle rust on plants in New Zealand should call MPI on 0800 80 99 66. Do not attempt to collect samples as this may aid in the spread of the disease. 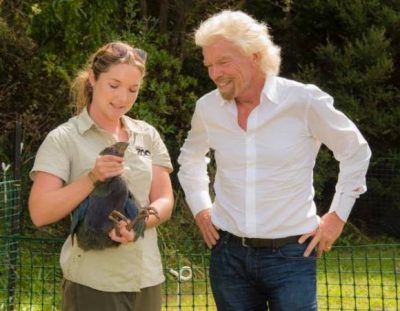 The Little Barrier Island Supporters Trust has launched a new documentary to profile the wonders of Te Hauturu te-o-Toi. Little Barrier Island: New Zealand’s Ark showcases the island’s stony shores and their resident reptiles; its high ridges, riddled with the burrows of sea birds; and ventures deep into primeval forest, where native birds, insects and the ancient tuatara thrive.

The film is an opportunity for the public to appreciate the nature reserve, where visitor numbers and movements are strictly regulated. The documentary has been produced by multi-award winning natural history production house NHNZ. littlebarrierisland.org.nz

One of New Zealand’s rarest bush birds, the hihi has returned to Taranaki after a 130-year absence. Forty hihi/stichbird were released into the bush at Rotokare Scenic Reserve near Eltham earlier this month.

Hihi were once common throughout the North Island but have been absent from Taranaki due to introduced mammalian pests.
The birds, 20 males and 20 females, were translocated from Tiritiri Matangi. They joined other rare and endangered species, such as kiwi, tīeke, the rare fernbird and spotless crake in the fenced, predator-free sanctuary. 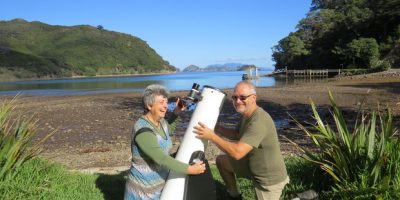 Great Barrier Island has applied to the Arizona-based International Dark-Sky Association to be declared an International Dark Sky Sanctuary, capitalising on its lack of light pollution and brilliant starry nights. A Dark Sky Sanctuary must have an exceptional or distinguished quality of starry nights and a nocturnal environment, and is protected for its scientific, natural, or educational value, its cultural heritage and/or public enjoyment. 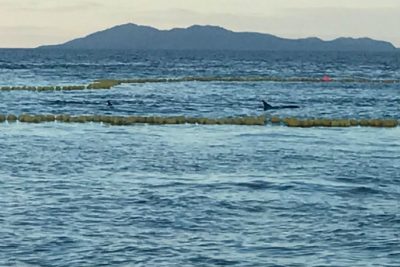 Sanford Ltd has congratulated the skipper of a purse seiner who released a net of jack mackerel after half a dozen dolphins swam into it. The San Columbia was fishing off the Tauranga coast when the incident occurred, witnessed by a boatload of recreational fishers.
About 30 tonnes of fish were lost when the skipper chose to release bow end of the net enabling the dolphins, and the jack mackerel to escape.

The Earthquake Commission is funding research to improve the understanding of known and potential faults in the Hauraki Rift; a geological area running through the Auckland and Waikato regions including the Hauraki Gulf, Firth of Thames and Hauraki Plains.

“The Christchurch earthquakes highlighted the need to research and better understand slower moving geological structures that have the potential to pose a significant natural hazard risk to high population areas and infrastructure,” says University of Auckland’s Dr Jennifer Eccles who will lead an team of international researchers. 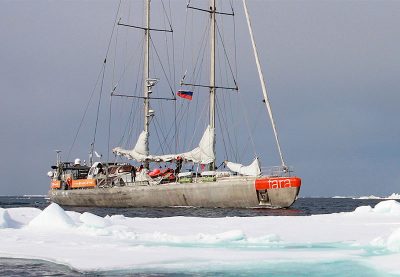 The French schooner Tara is coming to New Zealand for the ﬁrst time since the death of Kiwi yachtsman, environmentalist and hero, Sir Peter Blake. 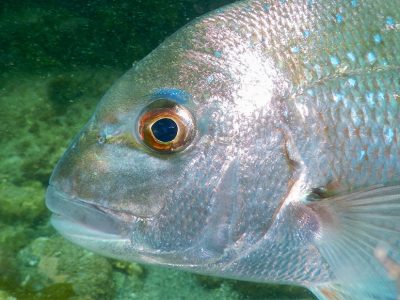 The potential for achieving a high-value, low-impact Hauraki Gulf fishery through impact investment is the subject of a feasibility study being funded by Foundation North.

It is the first initiative to receive a grant from the foundation’s five million dollar Gulf Innovation Fund Together (GIFT) investment.
The study, by EnviroStrat, will look at the feasibility of new investments that generate a financial return while also delivering a positive impact on the natural resources, ecosystems, and communities of the Gulf.

The Environmental Defence Society will consider tipping points in its annual conference to be held in Auckland on 9-10 August. EDS says the conference will address important issues regarding the state of New Zealand’s terrestrial, marine and freshwater biodiversity.

“Recent state of the environment reporting shows New Zealand faces continuing challenges with ecological losses. We will dig deep into these issues and focus on solutions. Being an election year, we will be profiling political party leaders and looking for high quality engagement from all attendees.” 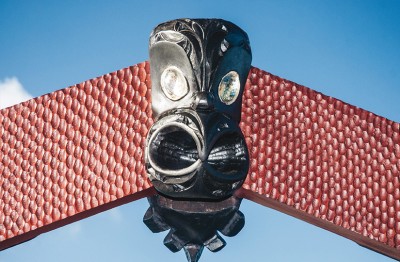 Several applications to seek customary marine title for areas within the Hauraki Gulf Marine Park have been submitted under the Marine and Coastal Area (Takutai Moana) Act, 2011.

The deadline for applications was 3 April 2017 and applications are currently being processed by the Department of Justice.
Applications have been submitted on behalf of whānau in the Pakiri and Waimango areas, the hapū of Ngāti Whātua Ōrakei in relation to the inner Waitematā, and the iwi of Ngāti Porou ki Hauraki in the Harataunga/ Kennedy Bay area. 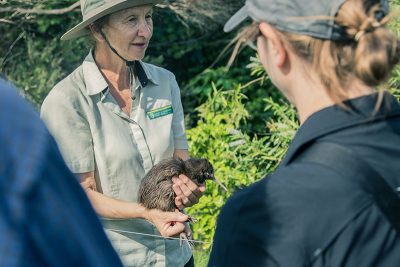 Cyclone Debbie has left a huge mark on Motutapu island. Slips and landslides affect almost the whole island with roads, tracks and campground closed to the public since the storm hit on April 4.

Fortunately the Trust’s nursery and Reid Homestead were unscathed. The Motutapu Restoration Trust hoped to resume public planting days in May. Coromandel Brown Kiwi now number 34 on Motutapu. Removing eggs from the wild and hatching them in a predator-free environment increases the chance of survival from 5% to 95%.

A study by the University of Waikato Institute for Business Research has found that QEII National Trust covenanting landowners are together spending an estimated $25 million of their own money every year to protect native species, forests, wetlands, and other special areas in their QEII covenants.

These landowners, the majority of which are farmers, have made an overall financial commitment of around $1.1 to $1.3 billion to protect these special areas of private and leased land since the QEII National Trust was set up forty years ago.