The Marine Park is also economically important, with intensive development. Its shores contain Aotearoa’s largest metropolitan area and extensive tracts of productive farmland. It’s a place people come to gather kaimoana, to work and to play. It is a source of jobs and income for our communities through fishing, aquaculture, tourism, shipping and transport.

It is also a huge area. The Marine Park is 20 times bigger than Lake Taupō! It covers the east coast of the Coromandel Peninsula; extends north of the Mokohīnau Islands / Pokohinu; includes the east coast of Auckland, the Waitematā Harbour and Firth of Thames. Its catchment extends almost as far south as Rotorua. 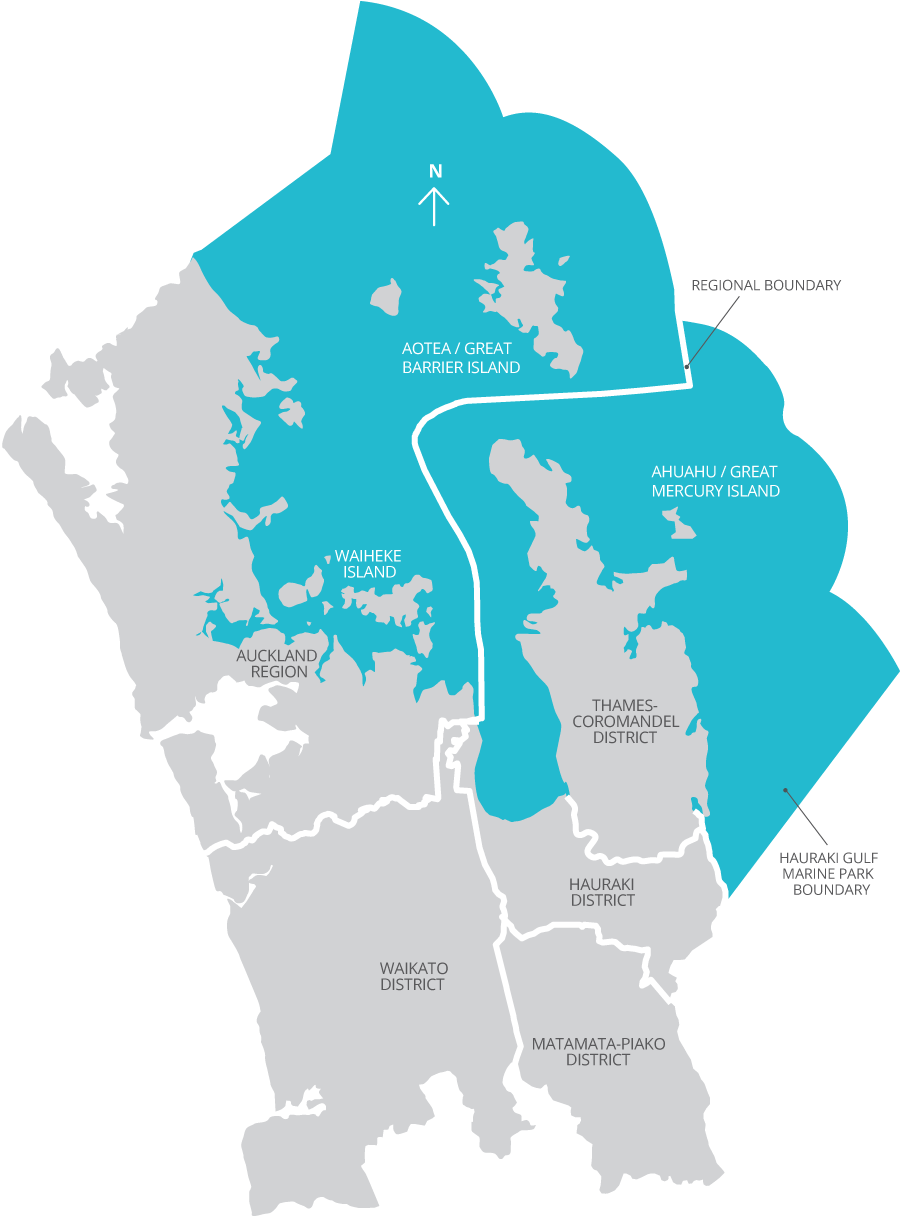 There’s always a lot happening in and on the water. It is home to common dolphins, bottlenose dolphins, orca, and most of the endangered Bryde’s Whales / Tohorā population. 24 species of seabirds breed in the Marine Park: gulls, terns, gannets, penguins and shags, as well as the less familiar shearwaters, petrels and prions. Black petrels / Tāiko breed only on Great Barrier /Aotea and Little Barrier / Te Hauturu-ō-Toi. There are nature sanctuaries on the mainland and islands.

There are nature sanctuaries on the mainland and islands.