There are some 10,400 species of birds worldwide and, of those, only around 370 species (just under 4%) are what we call seabirds. On a planet that’s 71% ocean that’s a very select group indeed.

What sets seabirds apart are those special adaptions they have for lives at sea and it’s in the study of those, their behaviours and life histories that we can see just how special they are.

So let’s start with what I call the ‘Miracle of the first year’ – arguably the most difficult period for any seabird. To illustrate this I’ll turn to a small 35g bird that literally flew out of extinction in 2003 – the New Zealand storm-petrel *.

Our beginning is deep in forest high on an island where – a chick has hatched. After two months of being fed by its parents bringing food from the sea it emerges from its burrow, recently fledged, a few bouts of stretching its wings across several nights, and it’s off. Flying out through the forest, down a valley and out to sea. A whole new world opens before it – and as far as we know it’s very much on its own. To survive it not only has to find food, and that means the right type of food. It also has to be fit for purpose and by that I mean it is strong and waterproof enough to survive at sea in all conditions.

The odds are stacked against seabirds surviving their first year of life but with each succeeding year life expectancy increases considerably as they come to terms with being able to locate ephemeral food patches spread over vast areas of ocean, return to their home islands, find mates, and then if breeding is successful eggs laid, for the parent birds to find sufficient food for their chicks.

In May 2014 the NZ storm-petrel project team banded a chick that was almost fledged. A year and a half later the same bird was recaptured on Hauturu. It had survived that first very difficult year. 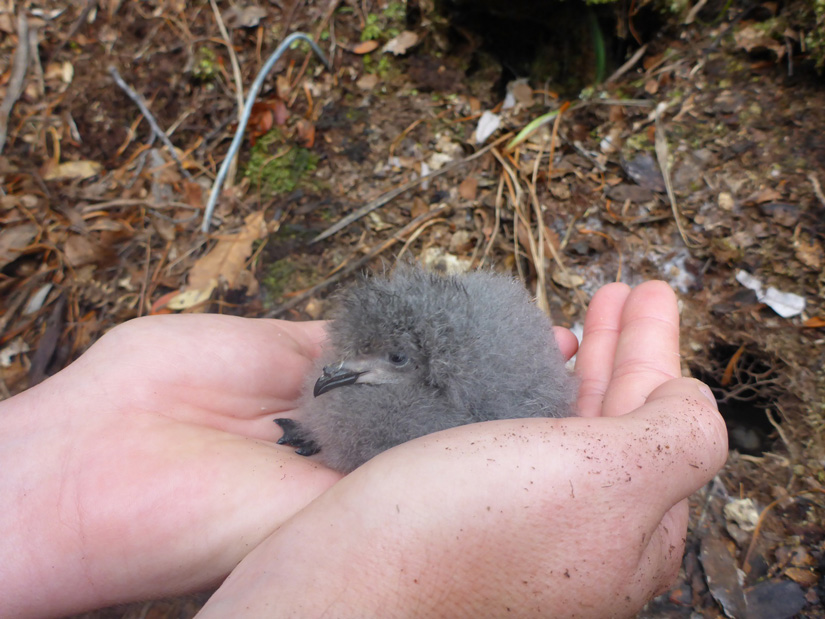 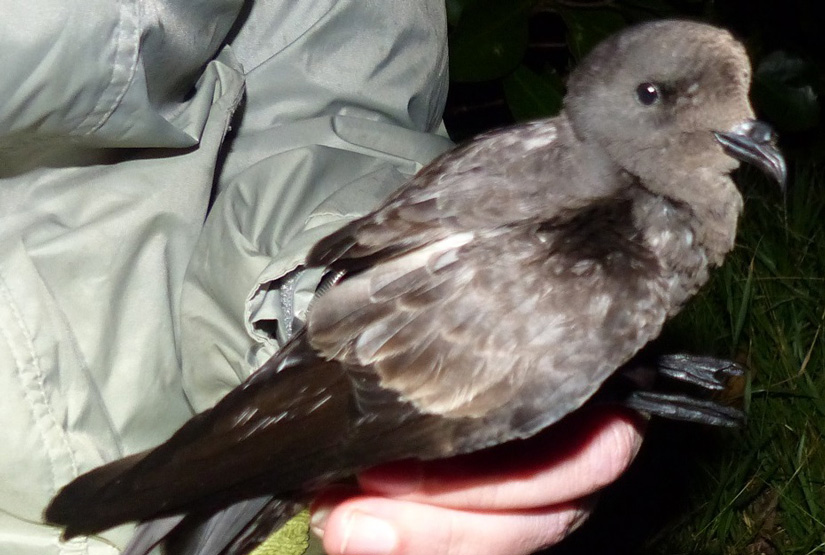 According to Chris, “Every time I handle one of these birds I can’t help but marvel at what lives they lead, perfectly adapted across the realms of sea, land and air.”

* The New Zealand Storm-petrel was rediscovered in 2003 and its breeding location was found in 2013 on Te Hauturu-o-Toi (Little Barrier Island).

Adapted from Chris Gaskin’s presentation at the IUCN World Congress September 2016 in Hawaii;part of the ‘Seabirds at the Crossroads’ pavilion session.