Mary Frankham is using social science to fire up conservation.

Who speaks for the Gulf?

Five living fish nurseries have been installed around the Mahurangi Harbour by Revive Our Gulf.

Burnsco has taken a lead in encouraging responsible use of the Gulf’s fisheries by refusing to stock and sell scallop dredges.

Burnsco Managing Director Bruce McLeod said “We have not stocked scallop dredges for a number of years now. Burnsco staff were concerned at the damage done to the seabed by the dredges. This deterioration of the seabed has been well documented (eg Urlich 2016) and unfortunately has increased significantly over the years as dredging has become more intensified. Customers can still, of course, dive for scallops if they want them.”

LegaSea has welcomed the policy. “It is reflective of a more Fish Care orientated approach we hope to gain from retailers in the future as we look to restore abundance in our inshore fisheries,” said LegaSea spokesperson Simon Yates. 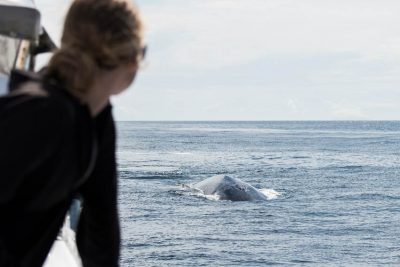 A team from the Northern NZ Seabird Trust reported an unexpected sighting on their way back from a seabird survey of Rakitu (Arid) Island to Omaha last month.

Several kilometres west of Miners Head (between Aotea/Great Barrier Island and Hauturu/Little Barrier Island) they encountered five pygmy blue whales on a natural slick line. Chris Gaskin reports there had been lots of bird action just prior to the encounter.

“At first, we saw two whales, then three more, two of which joined the others. These were very large, pale grey (mottled or patchy) whales, with a high vertical blow, and very, very small fins long way back on the body. The whales were very active, rolling with pectoral fins out of the water on occasion, surging, stunning turquoise against the dark water. There were heaps of salps, krill, algae, seaweed, and feathers in the water – very low vis underwater sadly.”

This photo, along with others taken by Edin Whitehead, were used to confirm the whales as pigmy blue whales, a sub-species of the blue whale and known to be occasional visitors to the Gulf. 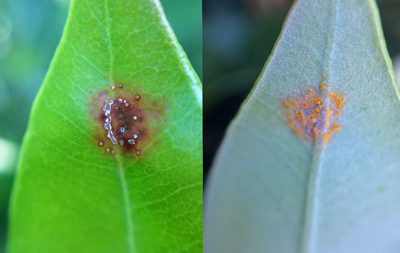 Two discoveries of myrtle rust were made in Auckland in November, on ramarama plants at a private property in St Lukes and on a commercial plant production property in the Waimauku area of west Auckland.

Myrtle rust is a fungus that attacks and can potentially seriously affect myrtle species plants including some significant natives such as pōhutukawa, ramarama, mānuka and rātā. MPI myrtle rust response controller Dr Catherine Duthie says of the 136 North Island locations now known to be infected, 90 per cent involve infection in ramarama or pōhutukawa plants. MPI is considering the implications of the new find.

Any signs of the distinctive yellow fungus should be reported to MPI on 0800 80 99 66. mpi.govt.nz/myrtlerust 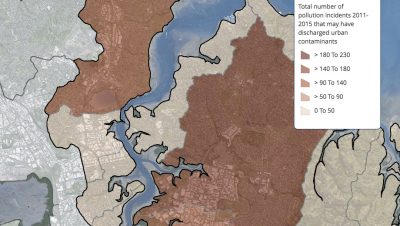 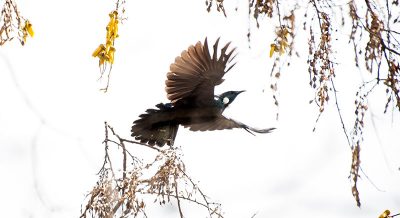 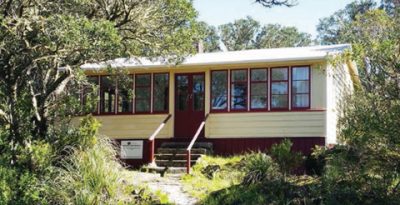 The summer population of the Thames Coromandel District Council is five times that of its permanent population. The summer population is also expected to grow. The commissioned study will help inform the council’s long term plan and other planning processes. The council is also currently consulting on a coastal management strategy.

The Waiheke local Board has release a commissioned report following ecological surveys of potential marine reserve areas on Waiheke Island.

The report considers five locations and recognises their merit as part of a marine reserve network for Waiheke Island.

The board agreed to release the report for community consideration and to encourage community groups to lead on any marine reserve applications.

Auckland Council’s new Safeswim programme is providing real-time information about water safety and quality, together with public health alerts, at 84 of Auckland’s beaches.

In a country first, the upgraded water quality forecasting programme exceeds the requirements of national guidelines and is delivered in partnership with Auckland Regional Public Health and Surf Life Saving Northern Region.

In heavy rain water can find its way into the wastewater network causing overflows and unsafe bathing conditions.

Auckland Council Chief Operating Officer Dean Kimpton says, “Auckland is home to so many incredible beaches, but we know our water quality could be better. We’re committed to changing this, and the council and Watercare will be investing $6 billion over the next 20 years to improve our water infrastructure.”

The Rangitoto summit and Cathedral Cove walks are included in a new Department of Conservation promotion of the country’s best short walks and day hikes. The campaign is designed to get New Zealanders into nature and sits alongside the multi-day Great Walks experiences. Read more here. 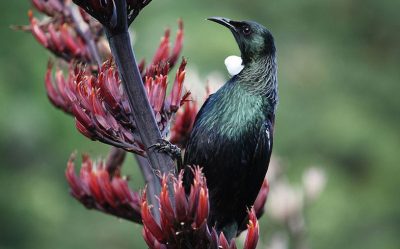 Predator Free 2050 Ltd, the Crown company established to secure funding for predator-free projects around the country, has received over 40 expressions of interest for funding and support for large-scale efforts by conservation groups. They include proposals from Waiheke and Great Barrier Island groups.
Several will be shortlisted and funded as ‘pathfinder projects’, to prove new tools and collaborative approaches. http://pf2050.co.nz/news/

The Hauturu-ō-Toi / Little Barrier Island Nature Reserve Management Plan became operative on October 2 after approval by the Ngāti Manuhiri Settlement Trust and Auckland Conservation Board. The settlement legislation recognises Ngāti Manuhiri as kaitiaki, or guardian, of the nature reserve. The plan is the second post Treaty settlement management plan to become operative and be implemented. It provides DOC with a guide for managing the island, a safe haven for many critically endangered species and taonga for Ngāti Manuhiri. Read more here.

Auckland Council is proposing spending $307 million over the next 10 years to rein in the region’s pests – more than threefold its current $88 million budget. The battle to curb kauri dieback and Dutch elm disease was at the heart of the funding increase, getting 10 times more than the $5 million currently allotted to it. Meanwhile, $40 million would go towards culling possums. Read more here. 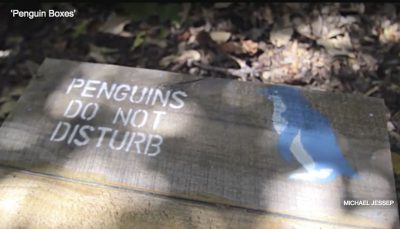 A documentary about community action on Great Barrier Island to help Blue Penguins has won the Outlook for Someday film challenge. Read more and watch the film on Stuff.co.nz. 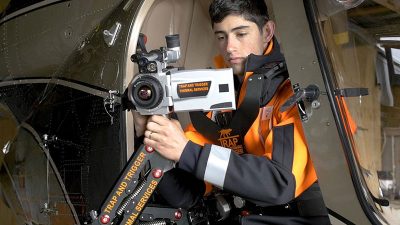 Fulbright-National Geographic Fellow Abby McBride has created a music video – science documentary mash up. It was filmed using a GoPro-rigged buoy to capture hungry seabirds chasing fish and krill during a day on the Hauraki Gulf with Chris Gaskin. It is set to the music of Darlingside. 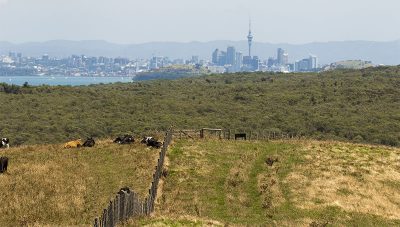 Motutapu re-opened to the public on Labour Weekend, seven months after Cyclone Debbie damaged roads and tracks. The Rotary Centennial Loop Track has been repaired, helped by the Rotary Club of Newmarket and Dole NZ, and the campground at Home Bay is open but numbers are restricted due to damage.