In the Hauraki Gulf, Tīkapa Moana Te Moananui-ā-Toi, the collective acts of fishing by commercial, recreational, and customary fisheries have arguably some of the largest impacts on the marine ecosystem. Most recreational fishers in the Gulf primarily target large carnivorous fishes such as snapper, terakihi, john dory and gurnard. Contrastingly, few go for small schooling fishes such as trevally, mullet and pilchard. However, there are over a thousand finfish species found in New Zealand waters, so you might be surprised to learn that until recently, only 43 of those species had daily recreational fishing limits – thus leaving the rest quite vulnerable to exploitation. Thankfully, this oversight has been corrected.

A new policy announced on the 20th April, to take effect on 5th May 2022, now includes all finfish in a combined daily bag limit (baitfish and freshwater eels have different limits). For all of us in the Hauraki Gulf, there’s now a limit of 20 fish total- which seems like more than enough for a feed! The finfish species with individual bag limits (such as snapper and kingfish) are still included in the daily total. All recreational fishing areas have daily bag limits now, but they are not the same. You can find the full updated guidelines for the whole country on the MPI website.

How significant is the recreational fishing pressure?

As the population of Auckland grows so does the pressure from fishing enthusiasts and kaimoana gatherers that love these waters. While we often think of commercial fishing as taking high numbers of fish out of the ocean, we don’t often realise the collective impacts of our recreational catches. Current statistics show that two-thirds of the snapper catch in the Hauraki Gulf is recreational, and the other one-third is commercial catch, see the State of the Gulf Report 2020.

Regardless of who catches it, snapper is the main fish species caught in the Hauraki Gulf and the snapper fishery (both commercial and recreational) is one of the largest and most valuable coastal fisheries in New Zealand. Although snapper populations seem to be recovering from a large decline in the mid-1980s, we need to ensure that future generations can enjoy seeing and catching snapper the Gulf.

What do we know about fish abundance?

One thing is for sure – there used to be lots more fish in the Hauraki Gulf! The existing quantitative knowledge of the abundances of fish species in the Hauraki Gulf is rather… incomplete. Most of what we know comes from commercial catch data, recreational catch surveys; all of this is used assess finfish populations and make projections of stock size. Independent from catch data, scientists sometimes use Baited Remote Underwater Video (BRUV) surveys to measure the relative densities and size structures of carnivorous fishes. BRUV surveys have been carried out in a few areas across the Gulf, however analysing the data is time consuming and all these surveys need funding to support them. The most research on fish abundance in the Gulf has been done in the areas around two of our hallmark marine reserves, areas which include all fishing; Cape Rodney-Okakari Point (Goat Island) and Tāwharanui. As a result, many publications provide evidence to support that populations outside marine reserve are lower than inside reserves. This suggests that if these reserves show a “natural” population density, what we see in most of the Gulf is just a fraction of the historic population.

For most regions, and many fish species, quantitative estimates of abundance remain somewhat of a mystery. Most fishes that aren’t popular with fishermen have historically lacked priority for research; however, what is being caught can change. Similarly, with our immense coastline, many areas have had limited research. Various fisheries and research groups have done catch and acoustic surveys from boats and scientific divers have completed Underwater Visual Census (UVC) to assess fish populations. Currently, the most popular technique to survey fish populations is Baited Remote Underwater Video (BRUV) surveys. BRUV methods are non-destructive and a replicable way to monitor reef fish assemblages, overcoming some limitations of UVC like variable response to divers- as some fish are quite shy subjects. In several other non-reserve Hauraki Gulf locations. Many surveys have been done by Odette Howarth, a PhD candidate at Massey University, other university students and DOC personnel. You might want to take a moment to check out some BRUV footage from another part of the country – through this link you can help with analysing data as part the project ‘Spyfish Aotearoa’ on Zooniverse.

Why is it important that we have healthy fish stocks?

The removal of large fish modifies the abundance of predators and prey, population size and size structure. As a consequence, we are observing effects of trophic cascade – changes to the food web and seeing more kelp covered reefs transform into kina barrens. Healthy populations of kina predators such as snapper and crayfish are a critical part of preventing more disruption to the delicate balance of our underwater ecosystem. Improved and adapting fisheries regulations are good for the fish, and therefore good for us. The significance of the ecosystem’s overall health is why it’s important to pay attention to fish other than snapper. 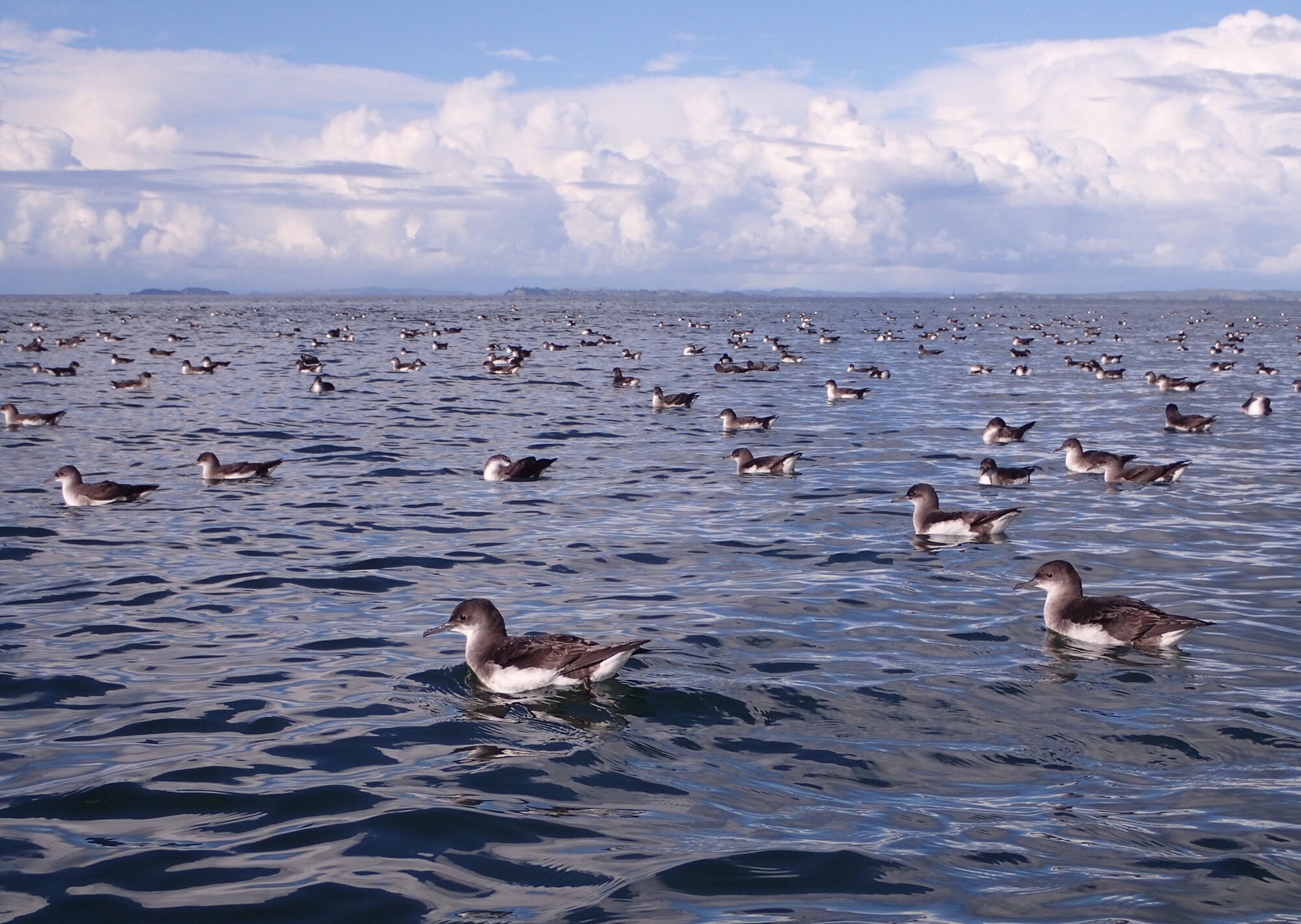 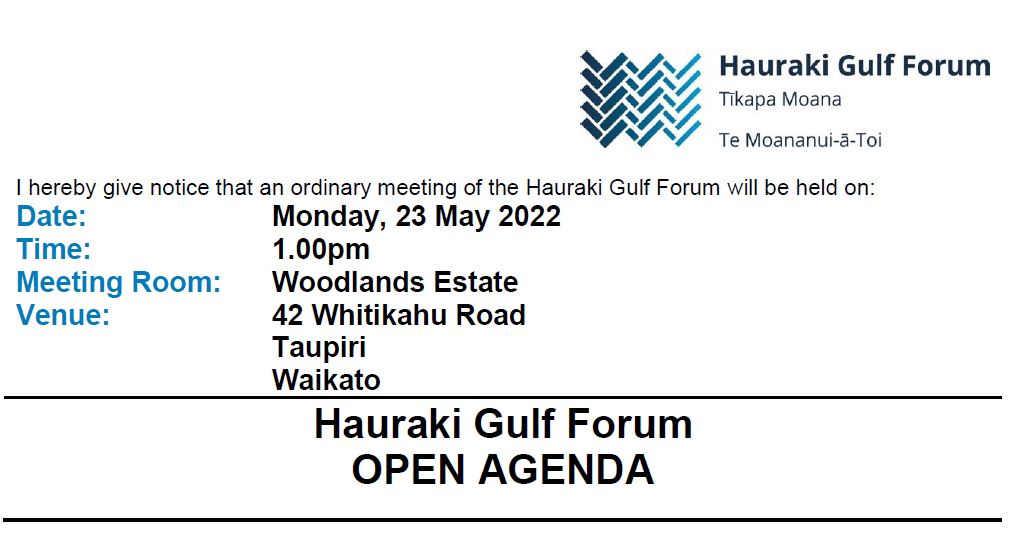 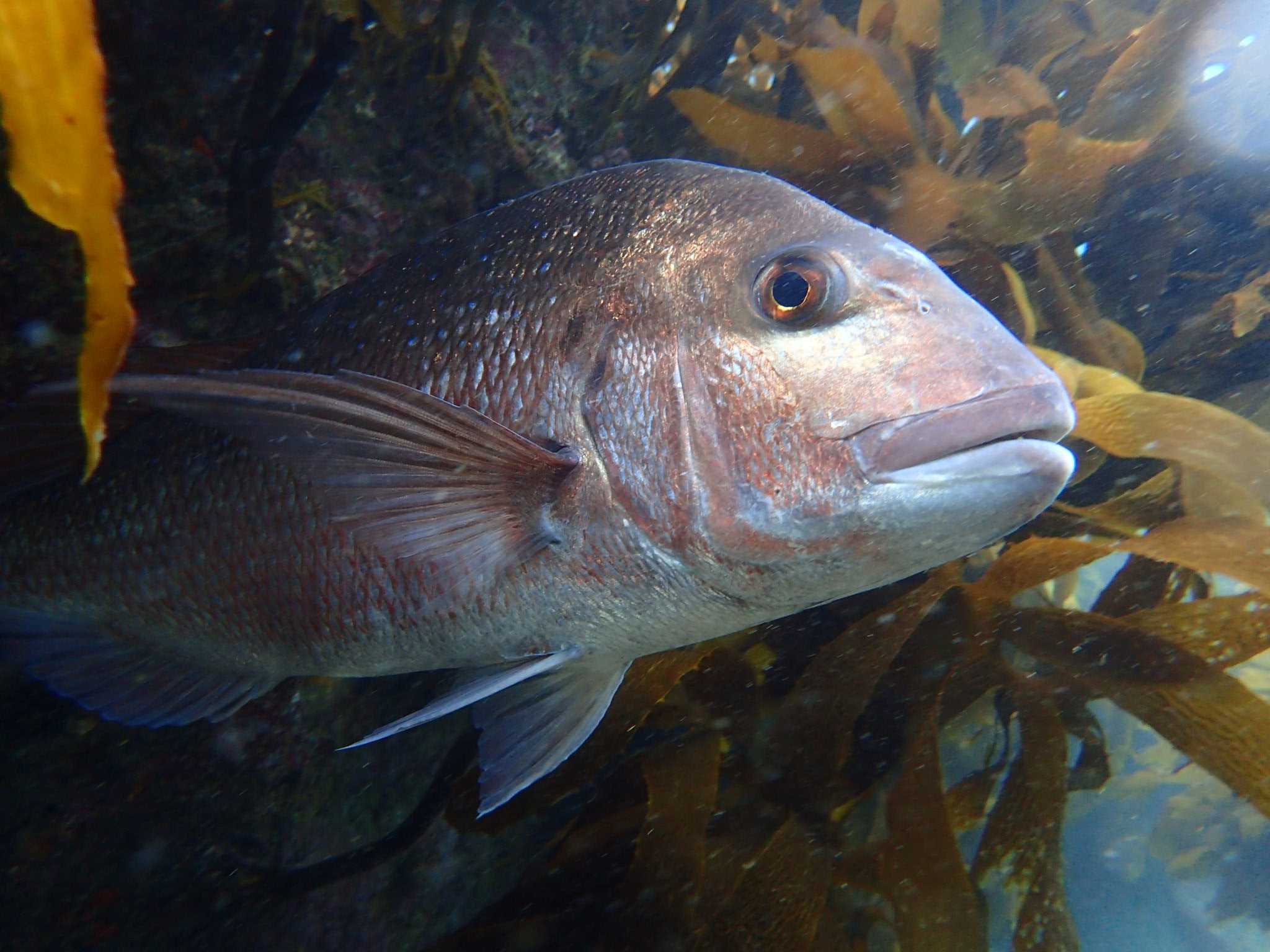 Undersized, over the limit, and out of bounds: combating illegal recreational fishing activity in the Hauraki Gulf/Tīkapa Moana/Te Moananui-ā-Toi.