Northern New Zealand is a seabird biodiversity hotspot with over 28 species breeding in the region, five found nowhere else in the world. Very little is known about the status and threats to many of these seabirds, and some may disappear before we find out, according to a new report released by the Northern New Zealand Seabird Trust today. To establish a baseline from which to work on researching and conserving these species, we must first understand what they’re up against.

The Northern New Zealand Seabird Trust, with lead author Edin Whitehead and a team of regional seabird experts has produced a review of threats to seabirds in northern Aotearoa, drawing on both regional and international literature. Broadly, threats are categorised into several topic groups: Invasive species, fisheries, pollution, climate change, disease, and direct human impacts (disturbance, coastal development). The review identifies knowledge gaps regarding both threats to seabirds and the biology of seabird species that need addressing but also highlights the need for rapid action to mitigate threats. This is a template that could be adopted by groups elsewhere in New Zealand and overseas for protecting and enhancing seabird populations. 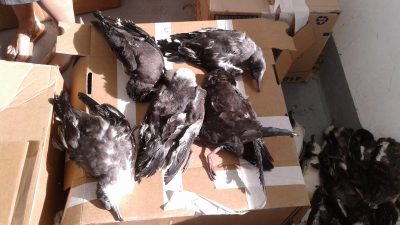 Dead and dying Buller’s and flesh-footed shearwaters that had been attracted to cruise ship lights off the Northland coast. Photo: DOC

Lead author – Edin Whitehead
Edin is a current PhD candidate at the University of Auckland. Her research focuses on seabirds – particularly shearwaters – as sentinels of marine ecosystems, monitoring their health in relation to environmental changes. She works for the Northern New Zealand Seabird Trust as a field biologist and is also an award-winning wildlife photographer. Hear Edin interviewed by RNZ’s Kathryn Ryan here. 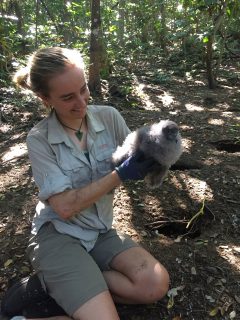 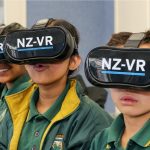 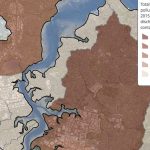