When you phone Lorna Doogan, Deputy National Coordinator from Experience Marine Reserves, her voice message says that she’s probably in the water snorkelling. Guiding others, especially young people, to have hands-on ocean experiences is what Experiencing Marine Reserves is all about, and how Lorna Doogan spends her days. We invited Lorna to author an article for the Gulf Journal to tell us about the programme.

Since 2002, Experiencing Marine Reserves (EMR) – Te Kura Moana, has expanded to eight regions around Aotearoa. Reaching over 75,000 participants from Kaitaia to Otago. Tāmaki Makaurau – Auckland has been active since 2004 and since then EMR has led 16,000 Aucklanders into the marine environment, through community events and school programmes, fifty per cent having experienced one of the six marine reserves in the Hauraki Gulf Marine Park. We have a team of three coordinators led by Lorna Doogan, seconded by Sophie Journee and assisted by Courtney Shaw.

Our school programmes involve investigating local marine environments before venturing to a fully-protected marine reserve. As a result, students can compare the biodiversity in unprotected and protected areas and are supported to put their knowledge into action within the community. We run our community guided snorkel and kayak days in a mix of protected and non protected sites within Tīkapa Moana – the Hauraki Gulf to help facilitate conversations based on that comparison. 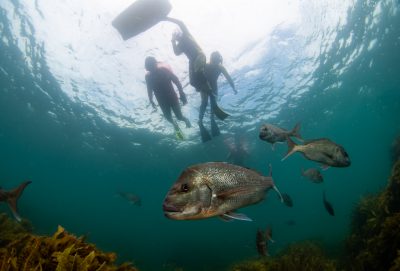 Last season (2018-19) was one of our busiest seasons yet, for both school programmes and community events. We were able to reach over 2000 tamariki, rangatahi and their whanau. We were able to engage people in all six marine reserves in the Hauraki Gulf Marine Park, from Motu Hawere – Goat Island in the North to Tāwharanui, Okura – Long Bay, Te Matuku on Waiheke, Motu Manawa – Pollen Island and Te Whanganui-A-Hei – Cathedral Cove in the Coromandel.

Our Summer Snorkel Series was a hit, with 17 events taking 1695 people snorkelling, kayaking and paddleboarding within the Hauraki Gulf. For only a koha – donation or the cost of the boat trip, we ran 6 events in marine reserves. We took 200 participants snorkelling at Goat Island with the resident huge snapper in March. Of those snorkellers, 50 per cent had never put on a mask before! Three of the Gulf’s six marine reserves have too poor water quality to be able to snorkel in. Sedimentation in the inner harbour is a huge issue, with water clarity often being less than half a metre. Our solution was engaging locals with their marine reserves, by offering guided kayak and paddleboard trips instead. 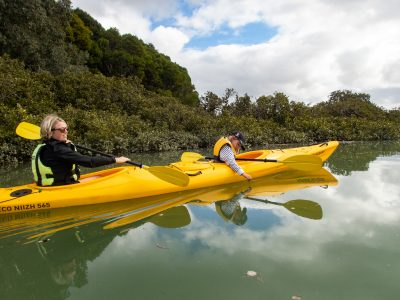 Te Matuku Reserve on the South Eastern side of Waiheke was explored by a scramble down a bank into the mangroves and then a paddleboard into the estuary where participants saw large short tailed stingrays, tuna – eels and wading birds. In the Okura-Long Bay Marine Reserve, we ran a mixture of kayaking and paddleboarding up the Okura River where we were treated to caspian terns and oyster catchers. The Motu Manawa kayak day was so popular that we had to put three events on over the season – getting 150 people into New Zealand’s most visited marine reserve (because the North Western Motorway runs through it). 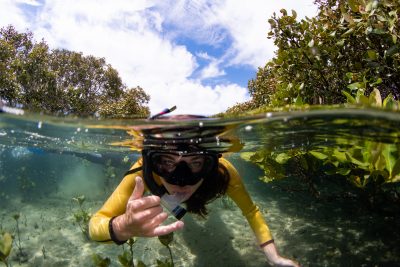 Snorkelling in mangroves in the Whangateau Harbour

We also run events in non-protected and unique areas. The guided mangrove snorkel in the Whangateau Harbour is a personal favourite and an opportunity to show Aucklanders how clear our estuaries should be – with a healthy catchment and the closure on harvesting pipi and cockles the visibility can be up to 20m. Which is a stark contrast to 20cm at Motu Manawa.

Motutapu, Motuihe and Rotoroa are Treasure Islands of the Inner Gulf. To run events on these islands we pest-proof 100 wetsuits, masks and fins and travel with 135 participants by ferry. These islands are protected on land but not the surrounding ocean. Sedimentation is a huge issue at these sites with the wind and rain dictating the visibility for the day. This year on Rotoroa we got a weather window and saw big schools of parore, spotties, goat fish and some funky lemon nudibranchs. Motutapu’s Administration Bay has a no-take zone implemented by the Motutapu Outdoor Education Camp. There are snapper, eagle rays and some very sassy crested blennies. One species that there was no shortage of at all of our Inner Gulf snorkel days, including Torbay and Takapuna, was the invasive but beautiful Mediterranean fan worm. Remember to check the hull of your vessel if you are travelling outside of Auckland.

For the first time this season we were able to take snorkellers to the Outer Gulf to Te Hauturu o Toi – Little Barrier and the Mokohinau Islands through a partnership with Gulf Eco Adventures. We visited Hauturu in chilly September and participants were treated to huge waterfalls running off the cliffs and a pod of dolphins. Beneath the surface, it was a poor comparison to the abundance on land. Many years of fishing have left the shallow rocky reef a wasteland dotted with kina. These kina barrens are widespread in the Hauraki Gulf in most areas not impacted by sedimentation. The Mokohinau Islands have some protection in their isolation but they are also starting to show the strain.

Our school programmes are often fully funded for low decile schools, with a focus on classes that have a proximity to the ocean. Which in Auckland isn’t hard! The programme has five parts, classroom, pool sessions, local marine investigation, marine reserve snorkel and action projects.

We teach students in the classroom about the marine environment in Aotearoa’s EEZ, touching on the importance of harbours and estuaries, and the spread of kina barrens on north eastern rocky reefs. To finish off the lesson we have a Taonga-Treasure Box, which is filled with shark jaws, stingray barbs and many more stinky things found on the beach. 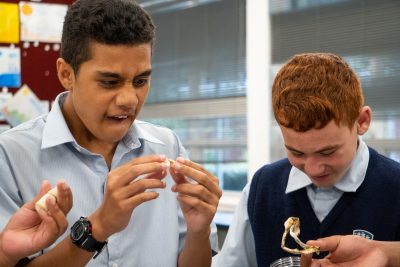 Next in the programme is teaching the rangatahi how to snorkel in their local pool. It is very rewarding to see the progression from non-swimmers to confident snorkelers – proving that there is no barrier to experiencing the Hauraki Gulf! Once they are comfortable in the pool we move to their local environment. In Northland, we take the students snorkelling. Unfortunately, in Tāmaki Makaurau this isn’t possible, 95% of our South Auckland sites are unsafe due to water quality issues in the Tāmaki Estuary and Waitemāta. With Tāmaki College we wanted to be able to take the students for a snorkel at Point England but unfortunately, there was a SafeSwim warning on the day with a high risk. What we do in these sites instead is a Marine Metre Squared survey and a beach clean. 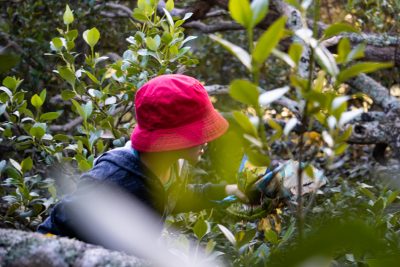 Then it’s time to jump on a bus and travel up to Goat Island – New Zealand’s oldest marine reserve. Students are briefed on safety before they are kitted up in bright yellow wetsuits and taken for a snorkel in a ‘wet library’ – marine reserve. Some students will have never been over the harbour bridge before and many will have never seen a fish outside a newspaper wrapper. 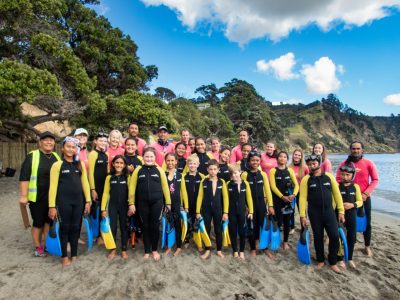 Waterview Primary getting ready for a snorkel at Goat Island

By leading experiences in our marine reserves where students can get up close and personal with new fascinating lifeforms, we inspire students (and their whanau) to take actions within their local communities. Students have created interactive games that show snapper eating kina, created flyer drops about issues surrounding plastic waste, made beautiful artwork and written letters to politicians.

EMR supports the idea of more accessible and representative no take marine protected areas in the Hauraki Gulf, to enable EMR to continue to educate students in kaitiakitanga – guardianship of Tīkapa Moana – The Hauraki Gulf.

See the EMR website or our Facebook page for more information on how to get your school onto a programme or how to attend one of our events. If you want to sponsor one of these events contact auckland@emr.org.nz