When John Meeuwsen, was first elected to the role of Hauraki Gulf Forum Chairperson in May 2018 he was determined to see the Forum use its political weight to enable and amplify community action to improve the state of the Hauraki Gulf Marine Park.

Over recent months, Mr Meeuwsen, and the Forum’s Deputy Chairperson, Moana Tamaariki-Pohe have been working with the Forum members – central, regional and local government and mana whenua to build support for two big restoration-focussed goals.

At its meeting on 20 May, consistent with its Strategic Issues, the Forum voted in favour of recommending two aspirational long-term goals for the 12,000-square-kilometre marine park:

Mr Meeuwsen has been firm in his belief that the Forum and communities need to dramatically lift their collective ambition to achieve greater protection and restoration of the much-loved Hauraki Gulf Marine Park. He says “Bold action is required to stem continued ecological decline below the waterline. If implemented, the goals we have recommended will help reverse that decline and deliver broad benefits.”

Deputy Chairperson Ms Tamaariki-Pohe, also a strong proponent of the two ambitious goals, said that “The mauri / life-force of Tīkapa Moana / Hauraki Gulf is under threat. We know that marine ecosystems are remarkably resilient if given a chance to recover, and we must give them that chance. Inaction is not an option.”

At present only a tiny percentage, 0.3 per cent, of the marine park is covered by ‘no-take’ marine reserves. This 0.3 per cent is made up of six marine reserves constituted under the Marine Reserves Act 1971. Only one of the six has been created in this century since the Hauraki Gulf Marine Park was formed.

Recent studies have demonstrated the benefits of the Goat Island Marine Reserve and the role it plays as a thriving snapper nursery for the wider region. However, the studies also show the limitations of the marine reserve. The reserve is a small area which can’t adequately protect mobile animals that do not understand boundaries on a map and get caught the moment they stray outside the reserve. As a result, the fish population in the Goat Island Marine Reserve is now smaller than at the time the reserve was established. 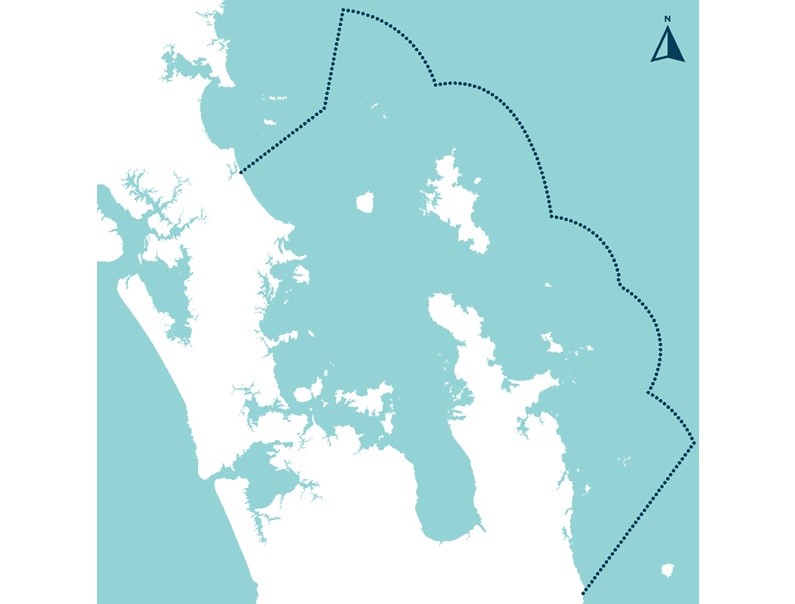 Marine reserves aren’t the only form of marine protection. Protection can also take the form of restrictions on fishing methods and rāhui. Having a greater area of protection and a ‘network’ of protection throughout the Hauraki Gulf Marine Park is seen as critical to reversing the decline and building healthier, thriving ecosystems.

Following the Forum’s recommendation, The Minister of Conservation, Eugenie Sage was quoted in NZ Herald coverage saying that the Ministerial Advisory Group that’s being set up will take the Forum’s big goals into account as it looks to provide advice to government on the implementation of Sea Change – Tai Timu Tai Pari. Minister Sage further noted that both her and Fisheries Minister Nash are “absolutely committed to restoring the health of the Gulf.”

The largest recreational boating club in New Zealand, the Outboard Boating Club (OBC), was quick to express its support for the proposal to protect at least 20% of the Hauraki Gulf Marine Park in order to reverse dwindling fish numbers. Club Commodore Bill Berry said that “As regular users of the gulf, our 2000 members are well aware that the health of the gulf is at risk and that more must be done to protect the environment of the gulf for our families and future generations. Consequently, we support this decision by the Hauraki Gulf Forum and look forward to working with them.”

The Forum’s second goal relates to shellfish beds and reefs, which are among the most degraded habitats in the Gulf. Historical records estimate some 1500 square kilometres of beds and reefs were present in the Hauraki Gulf around 200 years ago. At that time, those extensive shellfish networks not only provided the base of the ecosystem, from which the rest of the marine environment flourished, but they also filtered the water of the Gulf with extraordinary efficiency.

Those historic habitats have been largely obliterated, and the damage continues daily – not just from dredging and exploitation, but also from sediment and nutrient run-off from land. The once great swathes of shellfish-beds and reefs have been replaced by a mix of featureless muddy seafloor and barren rock which provide little protection, shelter or food for fish and other marine life.

In recent times, a range of individuals, organisations and mana whenua have started actively restoring mussel beds in the Gulf, and have deployed about 150 tonnes of mussels in total. Whilst the Forum commends these efforts, it is aware that restoration efforts have been hampered by biosecurity restrictions, available funding and limited resources. The Nature Conservancy has recently established a Shellfish Restoration Coordination Group to magnify shellfish restoration efforts in the Hauraki Gulf. The Forum’s goal sets an ambitious goal for shellfish restoration efforts to unite around.

The Forum is the statutory body tasked with progressing integrated management of the Hauraki Gulf Marine Park. The Forum is not an implementing body. Mr. Meeuswen said “While our recommendations are not binding, they do carry political weight. It will be up to the Forum’s members, and other stakeholders, to act on the recommendations and implement them.” Mr Meeuwsen says that it is the work of regulators like central, regional and local government, working in partnership with mana whenua and the communities of the gulf, to ultimately implement the forum’s recommendations.

Next year is the 20th anniversary of the establishment of the Hauraki Gulf Marine Park, and with large events like the America’s Cup, Te Matatini and APEC coming to Auckland in 2021, Mr Meeuwsen says that the time is ripe for all communities of the Hauraki Gulf to come together and commit to action. At its next meeting in August the Forum will consider a report regarding further elaboration of those aspirational goals and the next steps involved in achieving them. The Haruaki Gulf Forum’s 2019 conference will be held on 27 August at Auckland’s War Memorial Museum and will focus on the Forum’s two long-term goals and what can be done to achieve them. 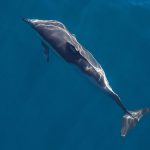 An area of South Island coast and ocean the size ... more