On the south-eastern side of Great Barrier Island/Aotea, is a 770 HA ecological sanctuary.

Known as the Windy Hill Sanctuary, ecological restoration of this area has been ongoing for 20 years.

The Sanctuary is divided into five pest managed areas that have evolved as contiguous landowners agreed to ecological restoration on their properties. It’s well regarded throughout New Zealand as an outstanding model of conservation on private land. The Sanctuary now comprises 15 properties owned by 53 individual landowners, including DOC.

Back in 1998, the objective of the Little Windy Hill Company pest management project was to improve bird abundance by suppressing pests. In early 2001, the Windy Hill Rosalie Bay Catchment Trust was formed, and from then on has continued to expand – as have its reasons for being!

The Trust set out to sustain and improve the native biodiversity of the area, create conservation-based employment, and be a working model of ecological restoration on private land under the ‘Sanctuary’ concept. The Trust now also involves itself in a range of research projects, towards finding the most effective, cost-effective, and socially acceptable method of suppressing rats at low to zero levels using a mix of low potency bait and traps.

Today, the Sanctuary has a field team of six employees, and about 2000 hours each year are committed by volunteers. There are 5500 bait or trap stations, and over 80kms of tracks in the Sanctuary area. 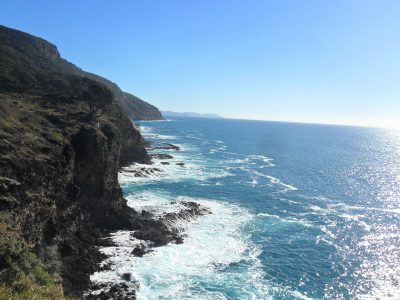 Looking back over the last 20 years, Judy Gilbert, founder and voluntary manager of the Windy Hill Rosalie Bay Catchment Trust, reflects on the remarkable achievements of the Trust. “Since 1999, when predator control began, 54,365 rats (plus those poisoned), 366 feral cats, 127 feral pigs and over 300 feral goats have been removed, together with the suppression of myna, magpies and wasps.” Judy also reports “A range of invasive weeds are removed annually and over 700 radiata pines have been taken from two of the pest managed areas.”

These results are impressive for an unfenced Sanctuary in contiguous bush and a credit to the Trust. 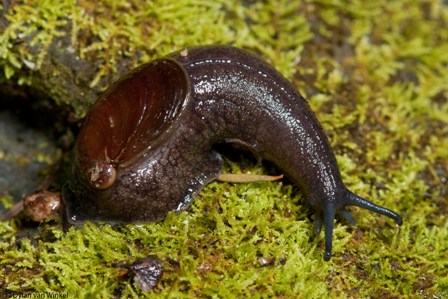 Locally extinct species have begun to be reintroduced too.

The first translocation of North Island robins – a regionally extinct species – was carried out in 2004 with a booster translocation of 25 robins in March 2009 and another in 2012. Over 140 young have fledged since 2004 with the bulk of the birds now self-sustaining on Hirakimata/Mt Hobson. Two rare chevron skinks were released at Windy Hill by DOC in 2004 and three brown teal duck/pāteke released in 2011. In January 2011 a Duvaucels skink was trapped – the second only sighting in 40 years.

Judy is also incredibly proud of the social and local economic benefits of the trust’s work. “Over the 20-year period, twenty-three job opportunities have been created and many of these sustained for lengthy periods of time adding to the skill base of the island. $1.9M has been contributed to the local economy through wages. The Trust has diligently applied for funding to cover operational and capital costs with $2.8M raised since 2000 in a competitive contestable funding environment.”

The Sanctuary has been lauded throughout New Zealand. In 2003 the Sanctuary received a Ministry for the Environment Green Ribbon Award for Caring for Biodiversity and an Auckland Regional Council E-Award for Caring for Land and Biodiversity. In 2004 the Department of Conservation awarded the Trust the Stella Francis Award for Conservation Excellence and in 2018 the Trust won the Eradication section of the Auckland Council Mayoral Conservation Awards. Within the Sanctuaries of NZ movement, the Trust is referenced for the citizen science it undertakes and the value of its lengthy data set which is contributed to nationally kept data sets measuring the response of native species to reduced pest predation.

With such an impressive history, it begs the question “what’s next” for Windy Hill?

Judy says “The vision of a pest free Aotea is still far from being a reality. This means that if the Sanctuary wishes to sustain the conservation gains and natural capital gains of the past 20 years then pest management and species monitoring needs to continue.”She’s encouraged, saying “Research and development in the field of vertebrate pest management is romping along under the Predator Free NZ 2050 banner and there may well be some improved tools available within the next five years making pest management potentially easier and more cost effective. The Trust is currently well placed to continue to deliver both the leadership and the operational programme to sustain improved native species outcomes.” “It’s a working model of what can be achieved by community.” Judy says. “The Trust is committed to a pest free Great Barrier.”