She may not be the flashest boat tied up in the Wynyard quarter, on Auckland’s waterfront, but there are big plans for ex-fishing boat Southern Progress.

Up until a few days ago the boat was tied up at Lyttleton Harbour, on Banks Peninsula, where Craig Koning and a band of volunteers had been cleaning her out, and getting her mechanically up to scratch, for the trip north to Auckland.

Koning is the founder of the Floating Foundation and for each of the last four years he’s been spending six months taking medical expertise and supplies to villages on some of the outer lying islands in the Tongan group.

“I want the Floating Foundation to bridge the gap between cultures, health, and science,” he says.

Many of the villages are far from medical care so clinically trained volunteers set them up with medical kits and teach them to be ‘island medics’.

Floating Foundation volunteers give their time for free. On the islands they contribute to their food and accommodation, while on the boat their food and other supplies are covered by New Zealand-raised funds.

He may have a physics degree but Koning is not interested in working all day in front of a computer.

Mangawhai is his home base for the six months of the year he’s in the country and where you’re more likely to see him working as a casual foreman on roading projects.

His science background has also given him keen insight into how hard it can be to fund and conduct meaningful research, particularly for students. So, along with the humanitarian side of his voyaging, a space or two is reserved for environment and ecology researchers.

A PhD student at AUT University, Lorenzo Fiori is studying the effects of tourism on whale and dolphin behaviour.

He hooked up with Koning in Tonga in 2016 for a couple of months, gathering information and testing out the drone he uses to get unobtrusive footage of the whales.

Humpback whales are a big tourism business in Tonga, he says.

The marine mammals migrate from Antarctica to Tonga each year, with pregnant females giving birth there.

While we have one whale and dolphin tourism operation operating out in the Hauraki Gulf, in Tonga there can be 27 boats out on the water at once, he says.

Rather than taking observations off the back of the boat Fiori uses a drone. This saw him looking for whales away from the tourist boats to see how they would usually behave in Tongan waters.

Fiori’s drone footage of Bryde’s whales feeding in the Hauraki Gulf, and released last year was a big hit online garnering 500k views. His hump back whale footage from Tonga is just as impressive.

In New Zealand her research involved eight common commercial fish and found all but one eats plastic.

This year the volunteers and crew will also be spending time in Fiji. There are four research projects planned, including looking into the spread of ciguatera poisoning in the South Pacific.

Poisoning is caused when people eat fish like barracuda and shark, bass and mullet, which can have high levels of toxins from a type of marine plankton.

Running on a shoe string budget at times, the foundation has been using borrowed boats until now.

So, the move up to owning, and fitting out our own boat is a big step, Koning says.

The plan is for the boat to be ready to leave by the end of July, with Koning sending out an all-hands-on-deck call for volunteers, equipment and funding. 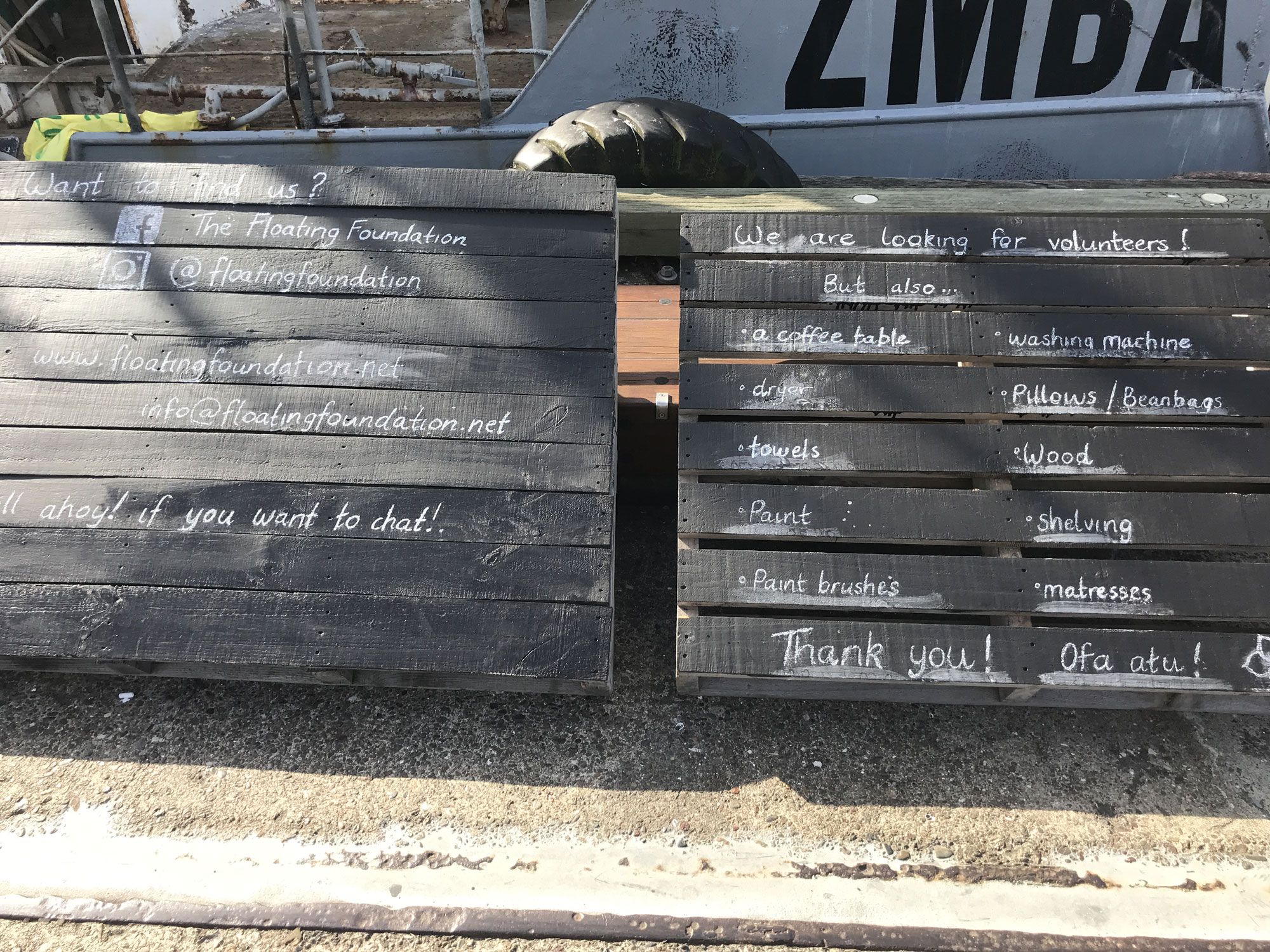 Delwyn Dickey | A Matakana based journalist for 10 years, with a special interest in the Gulf. Delwyn now contract writes for the Gulf Journal and other publications, while living the rural 'good life'.