When Aotea Great Barrier Island was awarded International Dark Sky Sanctuary status last year, it caused quite a stir. It is just one of three places globally to gain the designation and the first island. With off grid power, no street lighting, large areas of conservation land, and being 90 kilometres form central Auckland, it proved to be a winner. Folk on the Barrier have taken to their new status with pride, including seeing it as a piece of the island’s tourism pie.

Nalayini Davies, the scientist who set the island on the road to its new found status, sees access to clear night skies as conservation on a cosmic scale.
She sees dark sky possibilities for Rodney in north Auckland and other areas around the Gulf, but says action needs to be taken before increased development gets underway – so conserving dark night skies is taken into account with council planning. 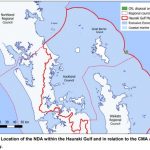 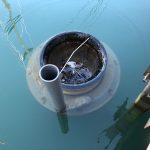