Above: Von Luckner with a group of internees on Motuihe; von Zatorski, who accompanied him on his escape, is third from right.

2017 marks 100 years since Count Felix von Luckner, the commander of the German raider Seeadler, made his daring escape from the Motuihe Island World War I internment camp.

The Motuihe Trust is commemorating the escape as part of Auckland Council’s Auckland Heritage Festival on 8 October – one hundred years to the day since von Luckner was first interned on the island. The Trust is fortunate to have the services of experts to present this exciting story on the sites where the action took place. The event is free but registration is required by email (volunteermotuihe@gmail.com) or phone (0800 MOTUIHE).

Count Felix von Luckner’s escape from Motuihe Island, which the then Prime Minister, William Massey, referred to in the New Zealand Herald of 17 December 1917 as “the most regrettable thing that has occurred since the war has begun,” created headlines around the world and established von Luckner’s status as a folk hero in New Zealand.

Count von Luckner was captain of the German raider Seeadler, which intercepted and sank fourteen allied merchant ships in the Atlantic and the Pacific in 1917, taking 232 crew members prisoner, but resulting in only one casualty. Indeed, he established a reputation for humanity and fairness in the way he treated his captives.

In July 1917 the Seeadler was wrecked on a coral reef at the Society Islands atoll of Maupelia. The crew and captives set up camp on the main island of the atoll. Three weeks later von Luckner took his navigator Kircheiss and four other crew members on a voyage westwards on an armed lifeboat, with the aim of seizing an enemy ship so they could continue their raiding activities. They called in at the then New Zealand island territories of Atiu and Aitutaki, convincing the New Zealand authorities that they were Dutch Americans on a Pacific cruise, but, finding no ships, they continued westwards, covering over three thousand kilometres in appalling conditions. They arrived, exhausted, in Fiji in September 1917. Alerted by suspicious residents, Fijian police captured von Luckner and his crew at Wakaya Island. They were taken to Suva and transported from there to Auckland, where they were interned on 8 October on Motuihe Island.

Over the next three months, von Luckner and other German and Austrian internees put together an elaborate plan for an escape. To disguise the preparations for the escape, the internees requested permission to put on a Christmas play: a sail was sewn under the guise of a stage curtain, imitation firearms were made, and a German naval flag was made out of a sheet. Chickens were killed and preserved – the declining numbers being blamed on disease. The plan was to take the camp commandant’s launch, the Pearl, which had been packed with provisions, under the pretext of carrying out repairs.

The escape went off on 13 December 1917 without a hitch. At a prearranged signal after the arrival of the Camp Commandant in his launch, Von Luckner, his navigator Kircheiss and nine other internees all converged from various buildings (von Luckner was in the Governor’s cottage) onto the old wharf at the bottom of the hill and stole the Commandant’s launch in the early evening. The telephone wire was earthed to cut off contact with Auckland and the dinghy was destroyed to stall any pursuit. The authorities on Motuihe were trapped on their own island and were reduced to lighting a fire the night after the escape to get attention from the mainland.

The immediate objective of the internees was to get as far away from Auckland as was reasonably possible and to lie in wait for a suitable vessel to commandeer. At the Mercury Islands they captured the Moa, ordering its captain to sail to the Kermadecs. The Moa reached Curtis Island on 21 December. The German crew had just taken provisions from the New Zealand Government depot there when a steamer was sighted, the Government cable steamer Iris.

The Moa, now sporting its German ensign, had no choice but to heave to and surrender. The Iris returned to Auckland with the Moa in tow. Captain Bourke, of the Moa, said on his return to Auckland that he and his crew has been treated well and that von Luckner was “a good sport”, reinforcing his reputation for fairness.

Von Luckner’s folk hero status owes much to his escape from Motuihe and the resulting exposure of the New Zealand military authorities, but he was known above all for his gentlemanly sense of fair play. British war historian Henry Newbolt said of him: “he was a bold, calculating and adventurous leader; and we have every reason to believe that he was a kindly and courteous gentleman as well.” 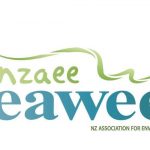 Dive into Seaweek 2019 from this weekend 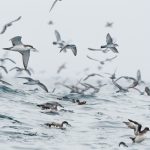 “Seabirds are masters of the ocean realm. From tiny storm ... more

Generating ideas for the health of the Gulf

The Faculty of Creative Arts & Industries at the University ... more