Janice Malloy asks why many of our precious tāiko are not returning.

Not just passing through? DOC seeks sightings of leopard seals.

A leopard seal that has taken a fancy to the Hauraki Gulf is challenging accepted norms for the animal usually found in Antarctica.

The Waikato land wars shaped our country and the Hauraki Gulf asserts historian Vincent O’Malley. Ahead of his presentation at next week’s Gulf Seminar he shares how his own background shaped his work.

Are cruise ships good for the Gulf?

More cruise ships will be moving through the gulf in coming years, but with speed and light issues, is it time to have a serious conversation around protocols for them? 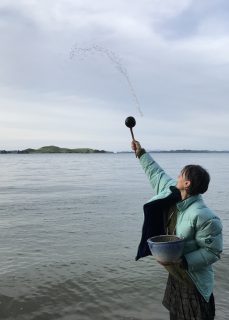 Generating ideas for the health of the Gulf

The Faculty of Creative Arts & Industries at the University of Auckland is running a project to garner ideas from Aucklanders who love the Hauraki Gulf. They’re running a series of creative workshops to identify several powerful concepts that in the project’s second phase can be implemented.

The Faculty of Creative Arts & Industry sense that by liberating imagination and coupling that with existing knowledge, they can shift the public psyche from a complaints and ignorance state about the health and wellbeing of the Hauraki Gulf to one of collective creative action.

The project has received funding from the Foundation North GIFT fund. The University team are searching for 100 Aucklanders who love the Hauraki Gulf to participate in surfacing ideas and concepts that have the potential to move the hearts and minds of Aucklanders.

You must be available to attend the launch event on Saturday 6 October, followed by a four-hour workshop on Saturday 27 October. 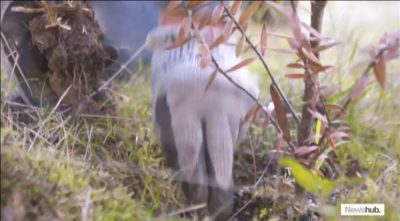 Kauri surrounds the late artist Colin McCahon’s Titirangi house and were included in many of his paintings.
But the area is badly affected by Kauri Dieback with 23 of the 25 trees now dying from the deadly wasting disease.

In a project to save the rich heritage of the McCahon trees, The Kauri 2000 Trust, the Colin McCahon House Trust, and the Bank of New Zealand were behind seeds being taken from their cones and grown to produce young tree’s. Heavily quarantined as they grew, 100 young plants have now been transported to Rotoroa Island and planted by volunteers.
Read more here 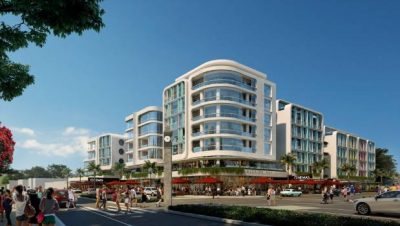 It may be a quiet little seaside suburb, but affluent Mission Bay, near the entrance to the Waitemata Harbour, could dramatically change under a proposed $200 million revamp, as Auckland continues to expand.
One hundred new apartments and townhouses are planned along with a new cinema facility, and spaces for hospitality, retail and recreation, including eight level high buildings.

The Bay got its name after land was bought there in 1840 for a Melanesian Mission. 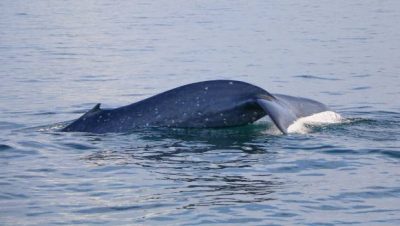 Exceptionally warm water off the east coast and Hauraki Gulf during last summer may be behind more blue whales being seen in the Gulf this winter.
Six of the giant marine mammals, including a mother and calf, were spotted in just one week.

Regularly out on the water, Auckland Whale and Dolphin Safari staff say there are usually 15 sightings a year, and in 18 years they have not seen this many.

Both Pygmy blue whales and the Antarctic ‘true’ blue whales can be seen in our waters. Their populations are still recovering after being severely depleted by commercial whaling last century. Whaling saw the Antarctic population plummet from around 20,000 to under 2,000. 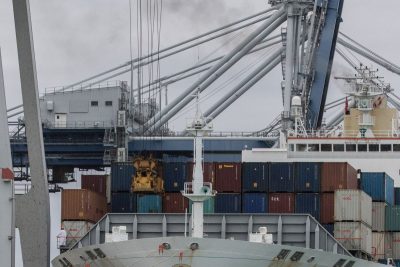 The Ports of Auckland have joined a group of 60 businesses that have combined forces to tackle climate change. The group, which produces around half of the countries greenhouse gas emissions, have pledged to monitor and reduce emissions within their businesses and to encourage their suppliers to do the same.

“Climate change is the issue of our time, and how we meet this challenge will define us,” CEO Tony Gibson says.
“We can’t expect ‘The Government’ to solve the problem for us, it’s too big for that and collectively we’re all responsible for the mess we’re in.”

By joining forces, the group hopes to make it easier for the country to transition to a low emissions economy, a move they say is needed to help keep global warming within 2 degrees, as specified in the Paris Agreement, and for business certainty into the future.

The Ports aim to reach zero emissions by 2040 and eliminate all methyl bromide emissions. 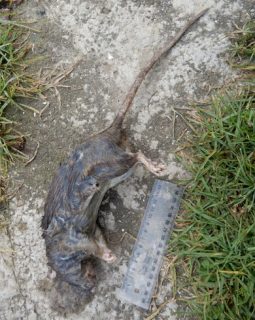 A Department of Conservation ranger and his rodent detecting dog were given the slip by an errant rat on pest-free Motutapu Island. The wiley rodent made a dash for it by swimming down a stream, as the pair closed in on it.

But it seems the rodent may have been looking for company, after turning its nose up at traps baited with food, instead, being caught in a trap that had been soaked in rat scent. The rodent had been loose on the island for at least two weeks, before meeting its end at Home Bay. 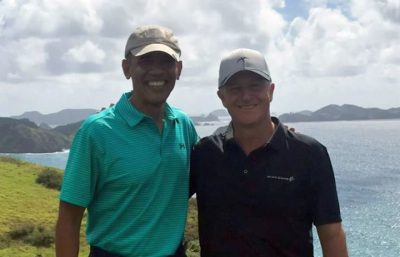 A luxury Te Arai development, still under construction, and likely to be marketed to wealthy Americans, will face the same curbs on overseas buyers as other developments around the country.
An exemption for the development was originally included in the legislation for the Overseas Investment Act, as it made its way through parliament, but was later struck out by Speaker of the House Trevor Mallard.
The Act is intended to put an end to speculator foreign ownership in the residential market.

The land, previously commercial forest, was part of a treaty settlement for northern iwi Te Uri o Hau and hapu Ngati Manuhiri who retain 25 percent holding in the project.

It then came to light former Prime Minister John Key had lobbied Forestry Minister Shane Jones to include an exemption. 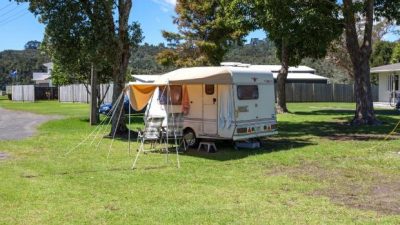 The Popular Harbourside Holiday Park, on the edge of Whitianga Harbour, will not be shutting its gates anytime soon. That’s the message from its new owner.

The Park, a favourite camping spot on the Coromandel for generations of holidaymakers, was recently bought by a Huntly-based builder and developer, Philip Leather.
There had been concerns the park, at the entrance to the harbour, might end up as another high-end development. But Leather says the business is profitable as it is, and he intends to keep the 50-year-old business running for at least the next three years. 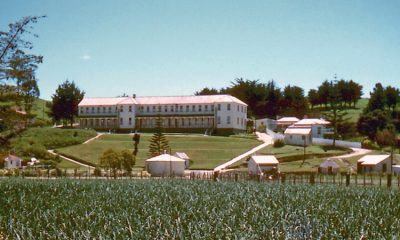 Rotoroa Is. has one of the most interesting of the Hauraki Gulf’s island history’s. Now writer Amy Head has used that colourful past to come up with a new novel set on the island.
Head takes us on a humorous romp through some of Rotoroa Islands history as a rehab centre run by the Salvation Army, as she explains why she set her new novel on the island, and how the antics of some of it’s “inmates” shaped her characters. 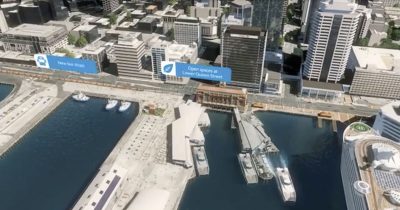 With Auckland city hosting the America’s Cup in 2021, new plans for a major make-over of the waterfront have been released by Auckland Council.
The development of the America’s Cup village would see Auckland Council and the Government spend $212 million on construction and running costs for the Cup with $114m coming from taxpayers and $98.5m coming from Auckland ratepayers.
There are also plans for a major revamp of wharves in the Downtown area including a new ferry basin, and harbour structures to enable bigger cruise ships to berth.
A new neighbourhood near the Wynyard Quarter is on the cards with lots of green spaces and trees.
The plans have brought both praise and reservations, with some councillors questioning what benefits there will be to residents in outer lying Auckland areas. 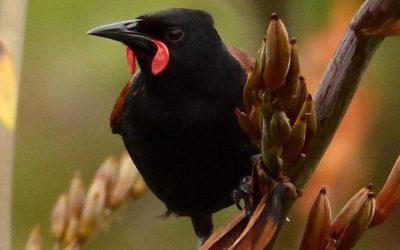 Even though it is just 3.4 kilometres off the coast, the Whangaparaoa Peninsula is normally a flight-too-far for tīeke/saddlebacks on Tiritiri Matangi Is.
But 40 were given a helping hand to resettle there in May, behind the safety of Shakespear Regional Park’s predator fence.

The park is proving its credentials as a safe mainland sanctuary for native wildlife with Whiteheads, North Island Robin and little-spotted kiwi also released behind its fence.
Whangaparaoa residents are already seeing the benefits with more native birds flying into their gardens. 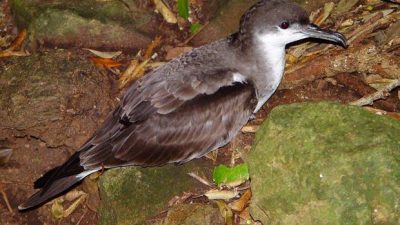 New guidelines from the Department of Conservation, for the handling of seabirds on cruise ships, are being called for after the death of 20 shearwaters that landed on one of the ships, last summer.
Attracted by the ships bright lights, the 64 birds had been placed together in cardboard boxes by the crew, with stress from being in such close quarters and injuries from fighting, behind the deaths.
See our feature story for more on the impacts of cruise ships on the Hauraki Gulf. 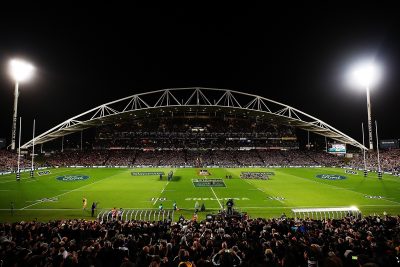 Waterfront a possibility for new stadium

Wynyard Quarter on the Auckland waterfront is in the mix of sites being considered for a $1.5 billion central city stadium.
Railway land – beside Spark Arena, and owned by local kiwi Ngati Whatua seems to be favoured the most of the six sites being considered in a pre-feasibility report by PwC, for the stadium.
Victoria Park is also understood to be in the mix.
Considered commercially sensitive, the report – commissioned by Auckland Council, was heavily redacted when released. This caused concern for some councillors with former mayor John Banks also drawn into the discussion.

While there is no money allocated in the 10-year budget, Auckland Mayor Phil Goff said there could be funding when the budget is renewed in three years.